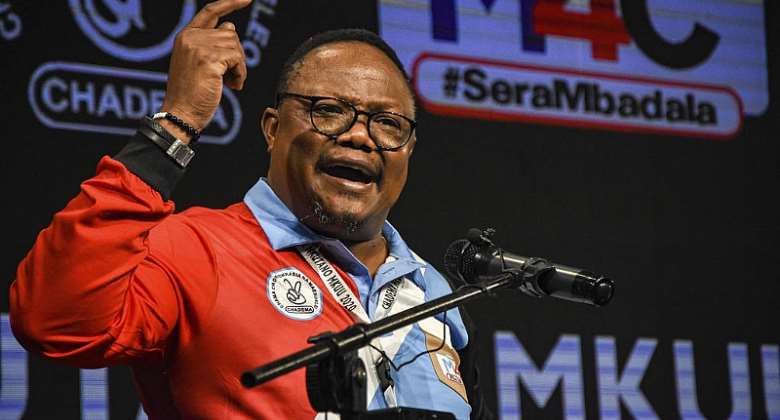 Tanzanian opposition presidential candidate Tundu Lissu was blocked by police on the outskirts of Dar es Salaam on Tuesday for nine hours, according to Chadema party officials, less than three weeks before the presidential election.

Lissu, also the vice chairman of Chadema, had been banned from campaigning for seven days on Friday after National Electoral Commission (NEC) officials said he had that a number of political parties complained about his rhetoric on the campaign trail.

Chadema Secretary General John Mnyika told RFI the flagbearer was en route to carrying out party duties, which he is allowed to do.

The police “have blocked his car, and he has given a statement that he will not leave the place until he is allowed to proceed. We are mobilizing our members now to go to there,” said Mnyika earlier on Tueday.

Kenya's The Citizen paper reported that police did not arrest Lissu on Tuesday, but detained a number of Chadema supporters.

NEC has banned Lissu from campaigning until 10 October.

NEC has historically been partisan, but this recent ban shows how the current government under President John Magufuli has taken their power to the extreme, says Thabit Jacob, a political researcher based at the Danish Institute for International Development.

Incumbent Magufuli, who is running for a second term, asked for eight days of administrative leave from the campaign trail.

“The candidates are not getting the same type of treatment,” says Jacob. “It shows that state security forces are very paranoid.”

Potential for violence?
Observers indicate that the police have been out in force to impede the opposition since Chadema resurrected the party with the return of Lissu from exile after an assassination attempt on his life in 2017. Shot 16 times, he underwent three years of treatment in Belgium.

In June, Chadema party leader Freeman Mbowe was attacked by thugs in Dodoma, the administrative capital, suffering a broken leg.

According to Mnyika, the police searched two Chadema campaign offices in Tarime constituency, in the north of the country, on Monday.

“They went as far to destroy our campaign equipment and public address system. This has been done by the police,” says Chadema's secretary general.

“If the police can engage themselves in the thuggery and activities such as those that are conducted in Tarime, it's a clear indication that the election may be violent,” he adds.

The opposition Chadema party took the ruling CMM by surprise, according to some analysts.

“They didn't expect the opposition to have this kind of energy that they're having-- Tundu Lissu, Zitto Kabwe, the head of opposition party ACT-Wazalendo, and even opposition parties in Zanzibar, they have attracted huge crowds, and the state is paranoid, so the response is obvious: unleash the police,” says Jacob.

Over the past five years, opposition members have spent more time between court and prison, with little time to campaign, according to Jacob.

“Since Magufuli's authoritarian turn, unleashing the police and the court, life has been very hard for the opposition-- it's a miracle they are still campaigning,” says Jacob.

“We are worried, of course. The international observers should have been here already,” says Mnyika.

“We are calling on the international community to intervene and send observer teams in Tanzania because the situation as it is right now, it is clear that NEC is not independent, it's clear that they are using all the government machinery, including the police,” he adds.

While some are worried about the possible violence around election day, Jacob says that this election could be characterized by renewed efforts by the opposition.

“There's a new spirit. People are saying, 'We know we live in a dictatorship, but we have to fight it.'”