Suspension Of Agyapa Royalties IPO Is Victory For Ghana — CSOs 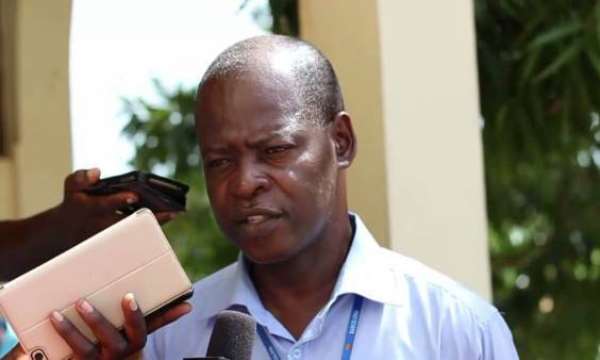 This comes after the Finance Ministry served notice that government will not proceed with the IPO until the Special Prosecutor concludes the ongoing corruption risk assessment on the deal.

Agyapa Royalties was supposed to have been listed on the London Stock Exchange in September 2020.

Commenting on the latest development, leader of the Alliance of Civil Society Organizations working in Extractive, Anti-Corruption and Good Governance, Dr Steve Manteaw, told Citi Business News the decision is a step in the right direction.

“The announcement of the suspension of the attempt to list Agyapa on the London Stock Exchange through an IPO is welcoming. It’s a step in the right direction. It’s a victory for Ghana in the sense that a lot of the times, when we set up institutions of state, particularly the accountability institutions and expect them to fulfil their mandate, they will often sit aloof and not act when they need to act unless they’ve been ordered to do so by a higher authority. But in this particular case, we find that the Special Prosecutor out of his own initiative has intervened to investigate the numerous corruption risk allegations being raised by citizens. That is quite proactive on his part and is commendable,” he said.

Despite the turn of events, the CSOs insist government must engage a lot more on the deal.

“But going forward, the issues to be investigated by the Special Prosecutor are not all the concerns that we have as citizens. Our concern was on some of the corruption risks; but also, on the basis of the valuation of the mineral royalty that lies at the heart of this transaction. And we think that the royalty has been undervalued so this requires some engagement to come to what will represent a fair value of our mineral royalties. There’s also the issue about the choice to this model to optimize our value from our mineral royalties. We don’t think this is the most prudent model to go for.”

The Special Prosecutor, Martin Amidu, wrote to the Finance Ministry urging it to suspend the issuance of the IPO pending the receipt of crucial documents to assist with the corruption risk assessment.

The Ministry of Finance, in agreement that more transparency is necessary to bolster the integrity of the already controversial deal, served notice that government will not proceed with the Initial Public Offering (IPO) of the Agyapa Royalties deal until the Special Prosecutor concludes the assessment on it.

In a letter signed by Deputy Finance Minister, Charles Adu Boahene, and sighted by Citi Business News, the Ministry said the initial plan to launch the IPO in September is currently on hold.

The Finance Ministry further assured that it was ready to cooperate with the anti-graft office.

Meanwhile, the Alliance of Civil Society Organisations working in Extractive, Anti-Corruption and Good Governance had earlier pledged that it will continue to kick against the deal despite the move by the Special Prosecutor to get the implementation process suspended.