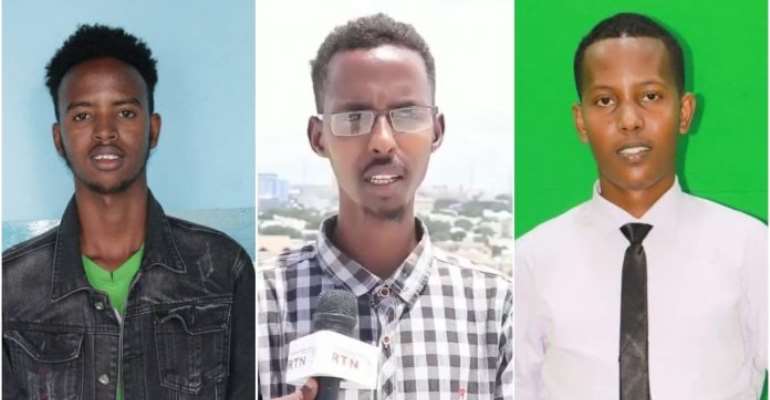 On Friday, South West State police detained freelance cameraman, Yusuf Mohamed Adan, who reports for Five Somali TV and Arlaadi News website, while covering a clan protest in Baidoa, according to Yusuf himself and colleagues. He was held at the Baidoa police station until Sunday 4 October, when he was freed without charge.

On Monday, Radio Kulmiye reporter, Farhan Mohamed Hussein and his cameraman Mowlid Haji Abdi Kheyre were attacked by a uniformed police officer at Tarabunka junction in Mogadishu's Hodan district. According to a video evidence and interviews with the pair, the radio journalists were on assignment to gather vox-pops from tuk-tuk drivers regarding the re-opening of roads previously blocked by the security forces. The police officer blocked the journalists from recording videos and threatened to shoot if they do so. They were held at the Hodan police station for several hours. Both were freed without charge.

“The police officer harassed us at gunpoint and even threatened to shoot us if we continue recording videos, forcing us to stop the interview,” said cameraman Mowlid.

SJS and SOMA are extremely concerned by the lack of accountability in the police to ensure credible investigation whenever their officers attack or threaten journalists. It is also harrowing that journalists came under armed police attack while simply doing their job.

“We are very concerned by these latest string of targeted attacks on journalists in Mogadishu and Baidoa. These incidents follow President Mohamed Abdullahi Farmajo's public comments on September 26 linking some journalists to al-Shabaab without any evidence,” Abdalle Ahmed Mumin, the secretary general of Somali Journalists Syndicate (SJS) “We jointly call for an immediate investigation into these incidents. In order to end the impunity for crimes against journalists, Somali Federal government and its Member States should be serious and make sure redress for all abuses against journalists, including harassment, threats, attacks, arbitrary detention, and murder.”

“The police officers, who harassed the journalists and threatened, must be held accountable and a thorough and honest investigation be opened,” Mohamed Abdulwahaab, Secretary General of Somali Media Association said, “No police officer should be above the law”

Meanwhile SJS and SOMA welcome the joint letter by Amnesty International, Human Rights Watch and Committee to Protect Journalists (CPJ) on Monday which calls for Somali President to take concrete steps to protect the media ahead of elections by starting with reforming the draconian media law and refraining from making statements that place journalists at risk.

Further, ahead of the elections, we jointly remind Somalia political leaders, the civil society groups and the international partners to take their responsibility to protect human rights including the right to freedom of expression and press freedom before, during and after the election, and therefore ensure that individuals known to have committed serious human rights violations — including violations and rights abuses against journalists— are not allowed to run for elected positions or any other government roles.