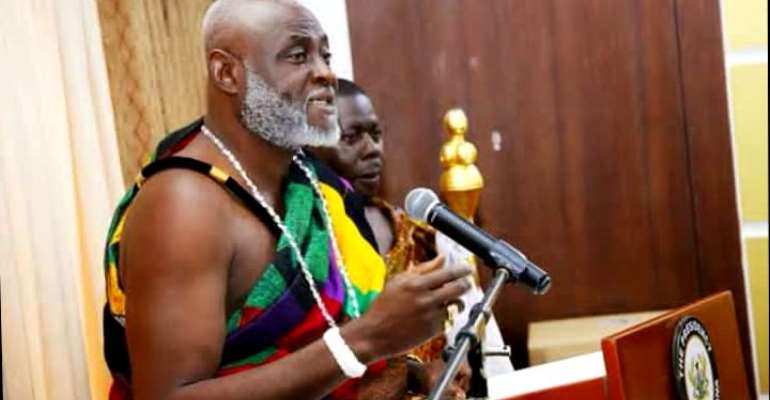 The Paramount Chief of Osu, His Royal Majesty, Nii Okwei Kinka Dowuona VI, has been re-elected as the President of the Greater Accra Regional House of Chiefs for the second time.

The Osu Mantse, who doubles as the President of the Osu Traditional Area of the Greater Accra Region, polled five votes out of the seven votes cast.

He defeated his sole contender, King Odaifio Welentsi III, Nungua Mantse to retain his seat as the President of the House.

In a brief speech to the House, His Royal Majesty Nii Okwei Kinka Dowuona VI called on members to come together and unite to form a formidable team to move the region forward.

The Osu Mantse urged all the political parties to embark on a clean campaign and be Ambassadors of peace rather than engaging in campaign of insults, accusations and counter accusations.

Nii Dowuona VI further urged the youth not to allow themselves to be used by politicians to perpetrate violence before, during and after this year's election.