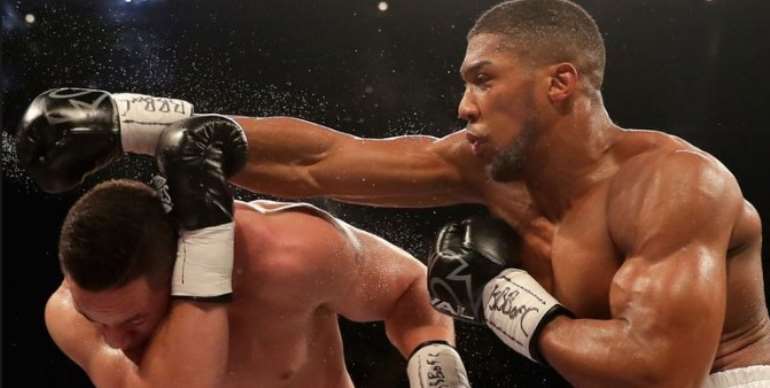 Dr Linda Yueh, Chair of the Royal Commonwealth Society, said: ‘Since 2007, Lewis’s inspirational swims, in some of the world’s most fragile ecosystems, have highlighted the existential threat that climate change poses to the Commonwealth, and the world. As the Society increases the scope of its environmental work over the next five years, we are delighted that Lewis is joining the Society as an Ambassador.

We are also thrilled to receive the support of such a motivational figure as Anthony, whose appointment finalises the establishment of the Society’s inaugural cohort of Ambassadors. Having delivered a powerful speech at this year’s Commonwealth Service at Westminster Abbey, we are immensely excited to be working with Anthony to celebrate the wonderful, rich cultural heritage of the Commonwealth and seek to improve the prospects and opportunities of its 1.5 billion young people.’

Anthony Joshua said: ‘In these uncertain times, it is easy to let difference divide us, but difference is a beautiful thing that should be celebrated and cherished, not despised. The Commonwealth, with its 54 nations and 2.4 billion people, is a wealth of diverse cultures, languages and people but regardless of those differences, we all share the same values and principles. It is our values that define us, and how we conduct ourselves. They are what we put out into the universe, and what we will receive in return. Respect, tolerance and understanding are critical to bringing our societies and communities together, making the world a better place for all.’

Lewis Pugh said: “I'm a child of the Commonwealth, and so I am deeply honoured to be appointed an Ambassador of the Royal Commonwealth Society. I've witnessed our oceans change dramatically over 33 years of swimming. The climate crisis is seriously impacting the lives of citizens around the Commonwealth. I look forward to working with the Society to help build a better future for all of us.”

It will require hard work, collective effort to break eight-...
55 minutes ago