I'm Not Interested In Any Crooked Results, I Don't Want To Be Elected President By Deceit – Akufo-Addo As He Files EC Forms 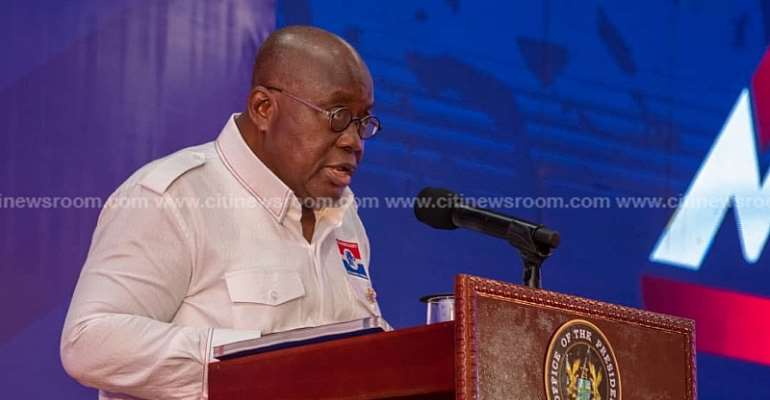 President Akufo-Addo says he is not interested in any crooked elections that do not reflect the will of Ghanaians.

According to him, he doe not want to be elected as President by deceit means.

Akufo-Addo said he hopes the processes put in place by the EC in the build-up to the general elections will enable Ghanaians to elect a President of their will.

“We are hoping that the arrangements that have been put in place will enable the Ghanaian people to manifest their will on the 7th of December and choose the next government of the Fourth Republic. So far, the work of the Commission has given considerable confidence for the majority of people in our country. With you [Jean Mensa] and the leadership of the Electoral Commission, are people who are committed to free, fair, credible and transparent elections.”

“I am not interested in any crooked results. I don’t want to be a President elected by deceit. I look forward to a contest that will be fairly conducted so that if indeed by the grace of the almighty, I am again the choice of the Ghanaian people, it will be one that will be free and open elections.”

President Akufo-Addo made this known when he submitted his nomination forms to the Electoral Commission (EC) today, Tuesday, October 6.