Vote Massively For Adutwum, He Has Done Well – Akufo-Addo To Bosomtwe residents 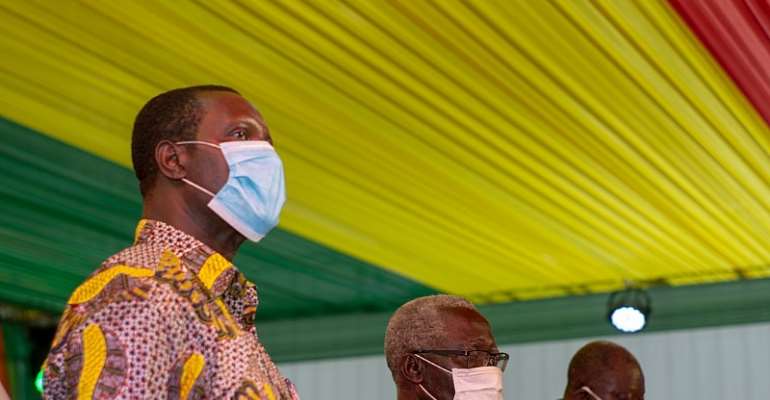 President Nana Akufo-Addo has called on the people of Bosomtwe in the Ashanti Region to retain their Member of Parliament in the upcoming polls because he has performed as Deputy Minister in his administration.

According to the President, the lawmaker, Dr. Yaw Osei Adutwum continues to play critical roles in the implementation of the government’s flagship free SHS policy.

“God has blessed the people of Bosomtwe, in 2016 you had a different person coming to represent you. And since you elected him, and he came into government, because of vast knowledge and experience, I made him a Deputy Education Minister, and he has not disappointed. He has worked hard to support the Education Minister on the implementation of free SHS and everything associated with it, he has done well,” the President told a crowd of NPP supporters during his campaign tour at Bosomtwe.

He continued: “This year, he has been elected again to represent this constituency. I appeal to the chiefs and people of Bosomtwi to double the support you gave him in 2016. Vote massively for him because we need him to continue the work he is doing”.

In September 2020, veteran journalist, Kwaku Baako Junior also heaped praises on the Deputy Minister for his delivery at the Education Ministry.

According to the Editor-in-Chief of the Crusading Guide Newspaper, Dr Adutwum's clarity and in-depth responses when engaging the public and the media over the policy is admirable.

“The Deputy of NAPO, Dr. Adutwum, very sharp brain, he's one of those I admire in this administration, clear mind, the clarity with which that man speaks, the depth is something else, he's a fantastic gentleman,” Mr Baako noted on Peace FM.