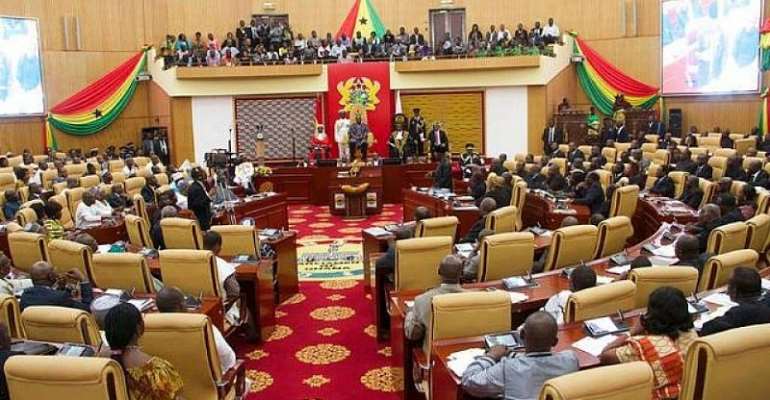 If anybody had fantasies that there could be a relationship or correlation between longevity in political activism and, good governance; then that flight of fancy has been betrayed by the terrible leader that Nana Addo has turned out to be!

Whoever in their wildest imagination thought that the man who led several violent demonstrations in the name of fighting for the hoi polloi would today be supervising over stinking corruption, State capture, State-sponsored fraud, economic brigandage, and a parlous economy.

Today, with the benefit of hindsight, Ghanaians are now acquainted with the knowledge that those campaigns or if you like crusades led by the curmudgeon, Nana Addo, were self-serving and self-seeking.

Ghana today is a business, a private Enterprise and the shareholders are Nana Addo's family and friends government. On a daily basis, they keep devising methodologies and conjuring up non-existent companies with which the nation's nectar is being sucked away!

Ostensibly, the Nirvana of jobs and opportunities Nana Addo promised Ghanaians was a mere ruse designed to capture power for private gain.

Evidently, there is a gulf of difference between kicking up a hell of racket as a pontificating opposition activist or leader and, a president. To a large extent, the two could even be two different kettles of fish as borne out in Nana Addo's case.

Governance is neither a walk in the park of the Jubilee House nor reducible to pre - recorded broadcasts to the Nation - and voracious politicians of the ilk of Nana Addo are not just cut out for such a hallowed office - let alone leading the political juggernaut!

It has been four long agonizing years of turbulence in every facet of the Ghanaian fabric ever since we put a quack as president.

Needless to say, soon after his investiture as President this country has been marooned in steep indiscipline, insecurity and wanton acts of impunity.

For the first time in Ghana's history thugs and hoodlums bankrolled by Nana Addo's NPP could besiege a competent court of Jurisdiction - heckle a Judge - breach the authority of the court and abscond with the accused - only for them to be pampered with paltry fines! Fines that were immediately paid by the presidency itself!

One doesn't need to be a clairvoyant to be able to infer political meddling in judiciary decisions!

Under President Mahama journalists at least had a field day plying their trade without let or hindrance.

The number of journalists who have been physically molested and victimized under Nana Addo's lacklustre leadership is on a record high to the extent that several seasoned journalists have had cause to complain that they do not feel safe doing their job presently in Ghana including of course Mannaseh Azuri. Many others have had to take cover under the canopy of the State's security apparatuses. Regrettably, also, some journalists have been murdered.

Is this the Ghana that was the toast of the world under Mahama for media freedom?

Today in Ghana, no one can blink the fact that, the whole nation has been held hostage by a general climate of insecurity and lawlessness . Kidnappings and abductions have become commonplace occurrences culminating in the abduction and murder of four young innocent girls whose ghosts are still wailing for justice! Even students and lecturers ( Prof Benneh) are being murdered on their campuses and their homes!

Incontrovertibly, a president who claims to be fighting corruption would not dare hound an Auditor general out of office for any reason, not even for an accumulated leave .

The solution to all the foregoing is in our thumb!

I haven’t said NPP is Majority in Parliament – Bagbin clarif...
48 minutes ago