Algeria put 18-match unbeaten record on the line against Nigeria 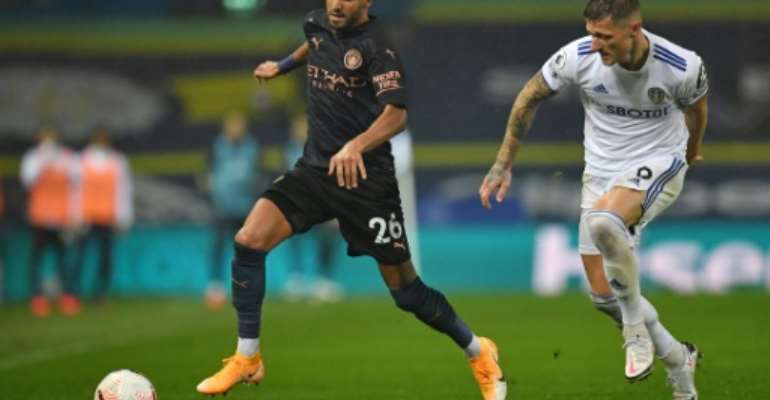 Algeria will defend an 18-match unbeaten run when the leading African national teams return to action this week after 10 months of inactivity due to the coronavirus pandemic.

The reigning African champions face Nigeria in Austria on October 9 and Mexico in the Netherlands on October 13 ahead of the November resumption of 2021 Cup of Nations qualifying.

Algeria are among 18 of the top 20 ranked countries in the continent who will play one or two international friendly matches, with many being staged in Europe.

The Desert Foxes, who defeated Senegal in Cairo last July to become African champions a second time, last lost in October 2018, away to Benin.

They have won 15 competitive and friendly matches and drawn three since, with the victories including a thrashing of Colombia in France.

Cup of Nations-winning coach Djamel Belmadi has called up 24 stars with Manchester City winger Riyad Mahrez the captain and talisman.

The match against Nigeria is a repeat of a dramatic 2019 Cup of Nations semi-final won by a Mahrez thunderbolt free-kick in stoppage time.

Algeria then edged Senegal 1-0 in the final thanks to an early goal from Qatar-based Baghdad Bounedjah, who is also part of the squad for the friendlies.

The game with Tunisia is also a repeat of a 2019 Cup of Nations encounter with Nigeria winning the third-place playoff 1-0 thanks to an Odion Ighalo goal.

Ighalo, a 31-year-old forward on loan to Manchester United from Shanghai Shenhua until January 31, was not chosen by German coach Gernot Rohr for this international window.

A Tunisian squad including only goalkeeper Moez Ben Cherifia from champions Esperance will host Sudan in Rades four days before meeting the Nigerians.

The Ivory Coast have opted for non-African opponents -- Belgium in Brussels on October 8 and Japan in Utrecht on October 13 -- in their first games under French coach Patrice Beaumelle.

Ranked only 12th in Africa after a shock Cup of Nations qualifying loss to Ethiopia last November, the Ivorians hope to justify the praise Belgium manager Roberto Martinez gave them.

"Ivory Coast is a team with many highly talented individuals, including Wilfried Zaha and Nicolas Pepe," said the man who has lifted the Belgians to the top of the world rankings.

Beaumelle, a long-time assistant to higher profile French manager Herve Renard, has recalled a number of Ivorians discarded by previous handlers of the Elephants.

Midfielder Jean-Daniel Akpa Akpro is back after a four-year absence, winger Gervinho returns after three years, and midfielder Geoffrey Serey Die comes out of retirement.