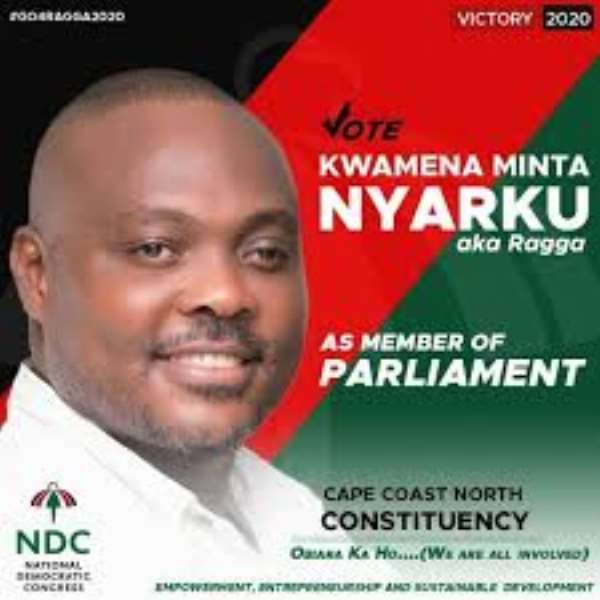 This follows the District Registration Review Committee's decision to throw out a second challenge filed against him by the Cape Coast North Youth Organizer of the New Patriotic Party (NPP), Anthony Arkoh-Korsah during the limited Registration Exercise on Thursday, October 1.

His argument was that Dr Nyarku did not fall in the categories of persons listed by the EC to register on the limited registration because he had already registered in the mass registration exercise where his residential status did not qualify him to register.

However, the District Registration Review Committee in a majority decision quashed the challenge, paving the way for Dr Nyarku to file his nomination to contest in the parliamentary elections.

Dr Nyarku expressed gratitude to the teeming supporters for their support and encouragement throughout the period and assured them of victory in December.

“I thank the NDC and my lawyers for supporting me throughout this journey. Today is one of the happiest days of my life. This victory means a lot to me,” he said.

Dr Nyarku, a lecturer at the University of Cape Coast was earlier challenged when he registered during the mass registration exercise in August, that he was not a resident of Nkanfoa which fell within Cape Coast North.

The EC later withheld his ID card after the District Registration Review Committee upheld the challenge and he proceeded to the High Court to claim it.