How smartphones could help improve child health in Malawi 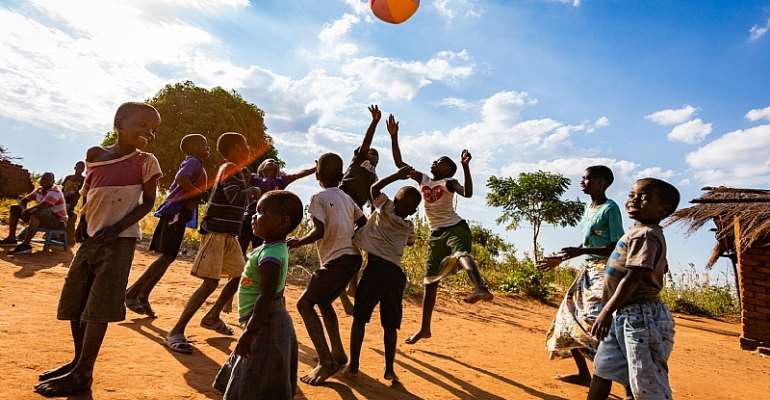 Many low- and middle-income countries, such as Malawi , continue to experience high child mortality rates. Most of these deaths are caused by preventable and treatable diseases such as diarrhoea, malaria and pneumonia.

But managing these conditions is a challenge in Malawi, where around 83% of the population lives in rural areas where access to appropriate health facilities is difficult.

To identify sick children and ensure they get treatment close to home the World Health Organisation (WHO) and UNICEF introduced a community case management protocol in 2008. It's mostly managed by community health workers. In Malawi, a cadre of community health workers called health surveillance assistants are at the heart of service provision in hard-to-reach areas.

Health surveillance assistants provide services in village clinics, mainly by assessing the signs and symptoms in acutely unwell children. This allows them to identify and manage conditions according to the community case management protocol. The protocol allows health surveillance assistants to give treatment to sick children. But when a child shows danger signs such as vomiting, not being able to breastfeed, or being unconscious or lethargic, they must be referred to hospital immediately.

Health surveillance assistants , though, don't always follow all the steps in the protocol when assessing a child. They may be overburdened, or they may not know what to do. This could result in incorrect treatment.

Several technological interventions were evaluated and later introduced to improve community case management. These included mobile health, or mHealth , which is the use of mobile phones and tablets to support healthcare delivery.

In the first phase we conducted a situational analysis . We wanted to find out if it was feasible to use mobile phones for community case management. We also wanted to understand how the community would perceive a health surveillance assistant using a phone while assessing their children.

We recruited 12 village clinics in Mzimba north. In each clinic we selected one health surveillance assistant to take part in the study. Participants were trained to use a smartphone. They were given smartphones with an electronic community case management app installed. Then they were advised to use the app together with the paper-based protocol when assessing and managing children.

The second phase was the intervention phase . The aimed was to put the electronic intervention into practice. This was to assess whether electronic community case management would have any impact on referrals to higher level facilities, village clinic re-consultation and hospital admission rates. We recruited and trained 102 health surveillance assistants in Nkhata Bay and Rumphi districts. Some health surveillance assistants used the app along with paper-based assessments. Others used only the paper-based assessment.

Before the clinical trial started, we held community sensitisation meetings with traditional leaders, government departments other than the health department and nongovernmental organisations. Studies show that a “bottom-up” approach in designing an intervention increases the chances that communities will accept it.

A total of 6,965 children were recruited: 3,421 in the paper community case management group and 3,544 in the electronic management group. We found that more children assessed with the aid of the app were referred to higher level healthcare facilities. There were also more repeat consultations at the village clinic by parents within seven days of index visit in the children assessed with the paper based protocol as compared to those assessed using the mHealth app. This suggests that the intervention had a positive impact on children's healthcare services. This shows that the treatment given with the help of the mHealth application helped children and prevented repeat visits to the clinic.

On the hospital admissions, we found that the number of children who were later admitted to higher level facilities was greater in the group receiving paper-based assessments. This suggests that children evaluated via the app were more likely to have received the correct treatment so that they didn't need a higher level of care.

The final phase was an evaluation and assessment of the sustainability of the app. In this phase we aimed to find out whether there were differences in the quality and functionality of the two apps in use in northern Malawi (Mangologic and Supporting Life). We also assessed factors that might affect the sustainability of using apps in the country.

We found that the apps provided different user interfaces but had very similar functionality. They led to similar diagnosis and treatment recommendations. But there were slight differences in usability such as ease and speed of navigation.

These apps were designed and coded in a way that makes it possible to modify the algorithms if needed. But more stakeholders such as non-governmental organisations need to step in and lead the uptake of mHealth interventions such as these.

Health surveillance assistants in Malawi adapted very well to the paper-based community case management guidelines and have played a part in their success since 2008. As smartphone technologies play an increasing role in people's lives, we believe that using apps in the management of childhood illnesses will help reduce child mortality rates in the country.

We therefore recommend that the Ministry of Health in Malawi consider using a single version of the electronic case community case management app across the entire country, and build on the lessons learnt from the testing and evaluation described here.

Griphin Baxter Chirambo receives funding from Malawi government through Mzuzu University where he works. This research was supported by the European Union's Seventh Framework Program for research, technological development and demonstration (grant agreement no 305292). The funder of this study had no role in the design of the study, analysis of the results, and preparation of the manuscript or decision to publish. Griphin Baxter Chirambo has no conflicts of interest to declare.

Adamson S. Muula receives funding from the Malawi Government generally and specifically through funding to the Africa Center if Excellence in Public Health and Herbal Medicine (ACEPHEM. The ACEPHEM is funded through a credit facility from the World Bank.

Bo Andersson, Ciara Heavin, John O'Donoghue, Matthew Thompson, and Yvonne O'Connor do not work for, consult, own shares in or receive funding from any company or organisation that would benefit from this article, and have disclosed no relevant affiliations beyond their academic appointment.

Adamson S. Muula, Professor of Epidemiology and Public Health, University of Malawi And

Matthew Thompson, Professor of Global Health, University of Washington And