Nigeria at 60; Is the Nation Truly Under A ‘Resource-Curse’? 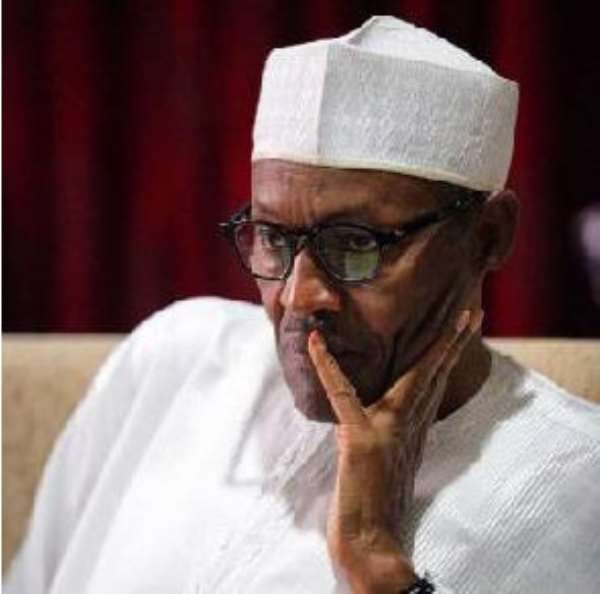 Terra Lawson-Remer, economist, environmental attorney, community organizer, and educator, who served as Senior Advisor in the Obama Administration, may not have had Nigeria in mind when she declared that among the many frustrations in development; perhaps none looms larger than the "resource curse."

Perversely, the worst development outcomes--measured in poverty, inequality, and deprivation--are often found in those countries with the greatest natural resource endowments. Rather than contributing to freedom, broadly shared growth, and social peace, rich deposits of oil and minerals have often brought tyranny, misery, and insecurity to these nations. She noted.

Yet, incredibly, all the arguments, evidence and available documents this author stumbled at that gave rise to this piece, not only wholeheartedly approve and endorse that Terra Lawson-Remer’s thought was Nigeria specific but recalls that such worries have at different times and places been mooted here in the country by individuals and groups expressing their desire to contribute to the growth of the nation. Series of meetings, conferences, and seminars were held at different levels to assist the government with the right judgment in addressing this peculiar challenge posed by the ‘resource curse.

Regrettably, failure to adjust, adapt and incorporate these calls by the nation’s policymakers have characterized Nigeria, in the estimation of the watching world as an ‘unfinished project, worse than a ‘work-in-progress’. This has gone so bad that even at 60, no nation-best typifies a country in dire need of peace and social cohesion among her various sociopolitical groups than Nigeria. Over the years, myriads of sociopolitical contradictions have conspired directly and indirectly to give the unenviable tag of a country in constant search of social harmony, justice, equity, equality, and peace.

Out of many, two reports did more than anything else to convince Nigerians of the above claim. The first is on Oil pipeline vandalism in the Niger Delta, by AI Chukwuma Okoli. The second is a 106 paged document co-authored by Professor Akinyemi Onigbinde and Ambassador Humphrey Orjiakor, both members of the Nzuko Umunna/Aka-Ikenga and Core Federalists Group, the organizers of a Handshake across Nigeria Summit.

To add context to the discourse,it is important to lay bare the fact that prior to the time Oil was discovered in Nigeria in 1956 at Oloibiri in the Niger Delta after half a century of exploration by Shell-BP, and the nation joined the ranks of oil producers in 1958 when its first oil field came on stream producing 5,100 bpd., there exists in the country accounts of victories in the discovery of natural resources in Nigeria.

There were documented evidence of discoveries of; coal in Enugu, South Eastern Nigeria, and Tin in Jos, the present day Plateau state. Yet, the discovery of crude oil actually paved the way for the manifestation of sterling wealth that has defined the nation’s economic strength.

Admittedly, the petroleum sector without going into specifics has rightly been the backbone of Nigeria’s economy; it has paradoxically in the accounts by AI Okoli doubled as a centre for the primitive accumulation of wealth as well as a platform for petro-rentier crimes. Within this sector, petroleum rents have been the object of an opportunistic scramble by corrupt political elites and their counterparts.

In effect, the significance of oil wealth in Nigeria has been contradictory: it has been a blessing as well as a curse, by generating both revenue and criminality. This seeming paradox resonates with the “resource curse” thesis.

As mind-numbing as the above appears, the account by the Nzuko Umunna/Aka-Ikenga and Core Federalists Group elicits trauma and prompts the question; whether the Nation is Truly Under ‘Resource-Curse’? The Group is of the view that the history of Nigeria is filled with the paradoxes of want in the midst of plenty. It sounds absurd that instead of shared prosperity and national cohesion, oil has brought Nigeria conflict and poverty, inequality and oppression, dependency, recurrent economic recession, and environmental dilapidation. Noting that despite the abundance of oil and gas, hydro and energy resources, guarantees for the most part, Nigerians live in darkness, and businesses atrophy for lack of power supply.

There are huge solid mineral deposits across the length and breadth of the country, yet Nigeria depends on 95% on oil income for foreign exchange earnings. Every part of the country is blessed with immense agricultural potentials, yet the vast majority of our youths remain unemployed, while we spend billions annually importing food staples and industrial raw materials. We are quick to boast of a huge population.

It is true that one-in-every-four-black-persons in the world may be Nigerian, but a significant number are more of a human liability than human resources. This is not the occasion or space to rehash the litany of Nigeria’s contradictions, a cursory study of the United Nations Human Development Index tells the pathetic story. Some International Agencies have gone so far as to declare Nigeria a ‘failed or failing state’ despite its unmatched potentialities.

The question that is in some ways more important than the nation's 60th independence anniversaries celebration are; is Nigeria truly under Resource or leadership Curse? Will Nigeria remain an abandoned project having failed to attain its manifest destiny? Even with its endowed human and material resources? And after it has endured and survived an unjust, yet an avoidable civil war?

How can we use strategic methods to set and re-establish Nigeria where each region or state operates in a symmetrical manner with no part of the amalgam claiming superiority over the other? How can the nation strengthen this arrangement which at independence in 1960, made Nigeria a federation, resting firmly on a tripod of three federating regions-Northern, Eastern and Western Regions, and each of the regions economically and politically viable to steer its own ship?

How do we foster collaborative approaches that minimize resource use but improve the masses' life chances? What can we do as a nation to bridge social and structural divides and build a ‘community’ where everyone is welcome and has a sense of belonging? And most importantly, how can our leaders build a nation of equal citizens where opportunities are equal and personal contribution is recognized and rewarded on merit regardless of language, culture, religion or political affiliations?

As the nation continues to brood over the above questions, the truth must be told to the fact that the current challenge was heightened by the nation’s refusal to learn from history which continues to teach humanity invaluable lessons about life. But instead, choose to dig a shallow grave for it. And the nation is consequentially being haunted by the presence of its shadowy ghost.

To move forward, .the present administration must recognize that any personality who wants to grow in leadership must almost always scale and be open to learning. They must be molded by new experiences to improve their leadership selves.

From the above demand flows another concern; how can leaders learn when they continuously mouth their determination to preserve the union called Nigeria, but the feudalistic and oligarch nature of their government promotes mindless exclusion, injustice, and economic deprivation thereby doing the country more harm than good and quickening its disintegration?

To make this anniversary rewarding, the nation as argued by Nigerians with critical interest must return to that form of ‘constitutional governance based on the universally recognized principles of federalism that enables the component units to exercise commensurate freedoms in a horizontal, and not a vertical relationship with the Central Government as exists right now.

This implies, among other things, urgent agreements on devolution of powers, fiscal federalism, land and resource ownership and control, structural rationalization of the federating units, and systems change to drastically reduce the expanding cost of governance.

Hottest Photo Reports
Catch up with all the political quotes from our politicians.
Advertise here
More Opinion
ModernGhana Links
Funny Face and Shatta Wale got it all wrong
Anglo Gold Ashanti: Provide answers to your opaque, shady deals
Problems facing people in the rural areas.
We Bono youths are solidly behind Dormaahene on his radical approach to the Anti-LGBTQI+ Bill
Hon. Ramadan a friend by action; A servant in deeds
Bawumia’s Leadership Style Make Him Delegate’s Choice
The Sin Of The Ghanaian Law Student
Gay Is Anti-African Culture, Stands Against The African Culture And Tries To End Family Lineage
The incorruptible Chief of Staff, Akosua Frema Osei-Opare
TOP STORIES