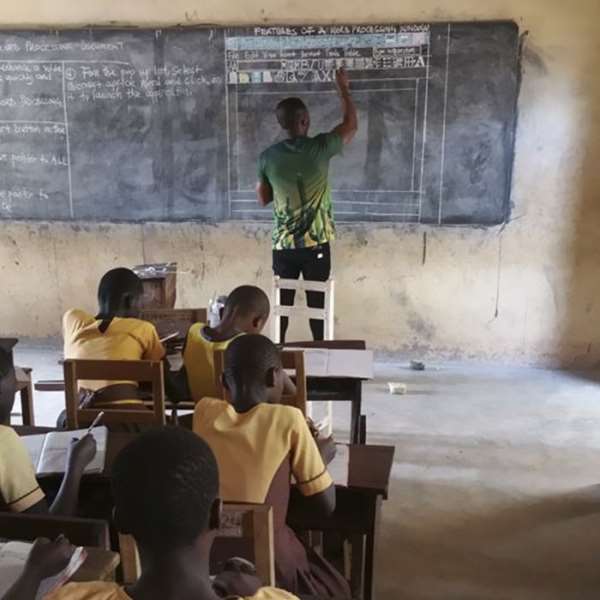 However, teachers have received the news of "professional uniform" with mixed feelings. While some think that it's good for teachers to have their own uniform, others vehemently oppose the idea.

Counsellor Daniel Fenyi, an Educationist who spoke to Green 88.5FM last Friday morning, made an appeal to the Government to consider introducing uniforms to the teaching profession just as they have introduced the Teacher License.

He argued that teachers spend a lot of money on clothes and dressing, meanwhile, they are not given any clothing allowance.

He thinks that when a uniform is introduced, it will reduce the cost of dressing and also reduce the shabby dressings of some teachers.

However, some teachers have kicked against Counsellor Daniel's appeal. They feel a uniform will reduce their status and make them appear childish.

MPs split heads as anti-LGBTQ+ bill to be laid in Parliament...
23 minutes ago

Angola President in Ghana for 3day visit
28 minutes ago