The Deliberate Mis-education Of The Electorate: The Disingenuousness Of Mahama’s Rants On The National Debt 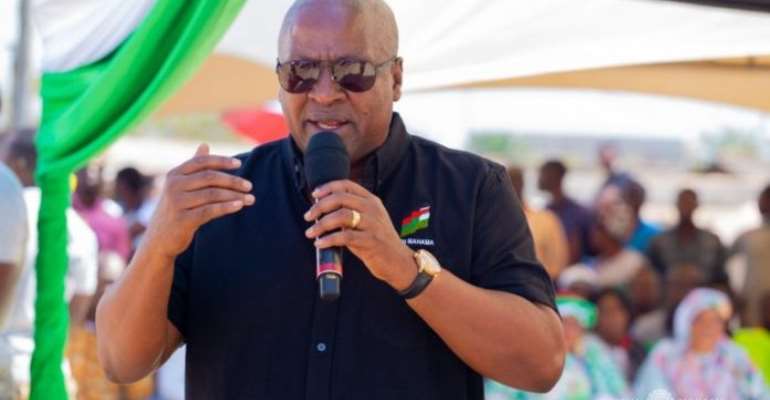 Recent comments by ex-president John Mahama as regards President Akuffo-Addo’s borrowing can be described as disingenuous as best. Having spent a very good part of his life in politics, and as the immediate ex-president, Mr Mahama must know why governments borrow.

The president is the steward of the citizens and acts on their behalf. Therefore, if the president leaves office or is incapacitated, the nation is responsible for paying off the debt. Haven’t said that it is important to recognize that no government in the world takes delight in taking loans just for the heck of it. Many governments take loans to enable higher spending without having to increase taxes. Undoubtedly, this creates a budget deficit - a necessary evil. When it comes to a choice between raising revenues for healthcare, infrastructural development, salaries, providing goods and services, and sucking it up to the people by implementing scorching austerity measures, it’s a no brainer - “Kafo didi “. To wit: The debtor must survive! Theoretically, all over the world, it’s the opposition that advocates for cuts on spending to offset budget shortfalls, however, practically, austerity measures are not in the interest of the people. It is for this reason why governments swallow bitter pills and borrow to keep the economy moving.

Also, in recession, and during unforeseen crisis like the pandemic, government revenues fall as many people will be out of work, resulting in less income tax. Situations like this and natural disasters force governments to spend more on social interventions. Moreover, there are no constitutional requirements for any president to pay off loans it contracts before his death. Terms of any loan are agreed upon based on the need and availability of resources to repay the loan.

No government is obligated to repay all loans it contracted while in office otherwise there would be no development in any country. A government can take a short term loan that it might be able to repay while in office, a medium term loan that it might or not be able to repay while in office, and a long term loan that will definitely be passed on to succeeding generations. Therefore, Mr Mahama trying to link the president’s age to the loans he is contracting on behalf of the people of Ghana is neither here nor there. One thing Mr Mahama must know is that across the globe national debts are always increasing because as a country’s economy grows, the amount of revenue a government can use to pay its debts grows as well.

Additionally, a larger economy means the country’s capital markets will grow and the government can tap them to issue more debts. Running around miseducating the people as if taking loans for national development is a taboo is very disingenuous and Mr Mahama must bring his propaganda to a screeching halt!