'Why Are You Rushing Life?' — Weah Blasts Liberian Youth For Asking Him For Money 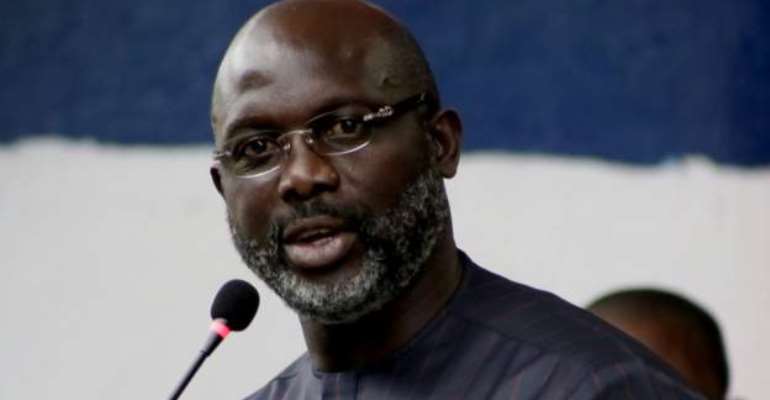 Liberia's President George Weah has revealed in a church sermon that he receives a barrage of insults via text message from people claiming to be his party supporters who are angry that he is not helping them.

The 54-year-old ex-footballer is approaching the half-way point of his term in office and some are complaining that his government has failed to create the job opportunities that Mr Weah had promised when running for president.

In a sermon transcribed by the FrontPage Africa newspaper, the president is quoted as telling worshippers that out of every 1,000 messages he receives, 999 are insults.

The president declared that he will not offer any help or assistance to people who continuously show him disrespect through text messages.

“You are arrogant and you're asking me for something small; I will not do it. You can't be asking for help and disrespecting the president,” Mr Weah is quoted as saying.

He blasted young people 19-20 years old who desire to live on their own instead of remaining with their parents.

“You know I was 18 years sleeping on the floor? Why are you rushing life?” he asked.

The president was raised by his grandmother in a slum in the capital, Monrovia, from where he rose to stardom and went on to become one of the greatest African soccer players of all time, winning the Fifa Player of the Year title in 1995.

He said young people should be thinking about going into business and not living on their own.