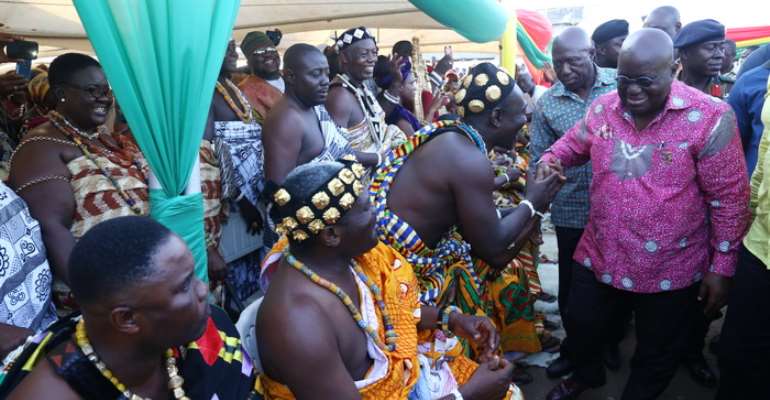 According to him, the law failed to consider the cultural disposition of traditional leaders as political leaders of their subjects.

It comes on the back of rising endorsements of presidential candidates by some chiefs across the country the lastest being the Okyenhene and the Dormaahene. While the Okyenhene endorsed President Akufo-Addo for another term in office, the Dormaahene declared support for some campaign promises of former President John Mahama.

Speaking to Francis Abban on the Morning Starr Monday, Prof. Baffour said chiefs must be given the leeway to do politics if they cannot respect the constitution.

“I think it is in the best interest of chiefs themselves to stay out of politics. If the chiefs are not respecting it, then let’s give them the leeway so they take the consequences after engaging in politics. The law does not appear to be working, they themselves do not respect the law banning them from active politics.

Also commenting on the development, Professor Ransford Gyampo said chiefs risk losing respect and control if they do not desist from partisan politics and endorsement.

In an article, the political science lecturer said: “What may not be easily known to many of the chiefs who flout the constitutional injunction is that, they commit political suicide by eroding their own respect, and role as agents of unity. They lose their role as countervailing forces and credible mediators in political impasse and conflict. They also lose their convening powers to summon their citizens for communal work. They also lose their role as agents of development, as no government will work with a chief who is a known political opponent”.

Article 76 of the 1992 Constitution states that “A chief shall not take part in active party politics; and any chief wishing to do so and seeking election to Parliament shall abdicate his stool or skin.”

Desist from faking kidnapping to avoid imprisonment – Police...
23 minutes ago