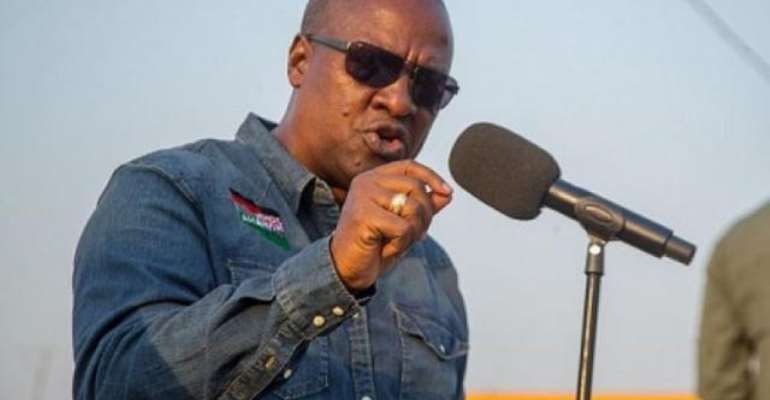 The 33-seater buses were procured for the union in 2016, but members reportedly considered the cost too high to guarantee them any meaningful returns.

However, the NPP government under a current arrangement initiated in 2019 allegedly reduced the price of the buses by 53.5 percent to make them affordable to the GPRTU members.

Commenting on the matter in interaction with locals, the former President said the ruling NPP managed to create a smokescreen by appropriating the vehicles and shared to its members.

“The already registered busses that we secured for drivers under my government in 2016 were re-registered by the NPP government and shared to NPP Chairpersons across-board. They removed the license plate and registered again as if they procured it. Any bus you see in town with the inscription Chairman One is part of the fleet of busses we procured for the GPRTU,” Mr Mahama told Drivers and Okada Riders Association at Techimentia.

The microfinance and Small Loans Centre (MASLOC) in 2019 presented 83 buses to the Ghana Private Road Transport Union (GPRTU) under a hire purchase agreement.

The government explained that the high price of the buses made it impossible for the GPRTU to acquire the vehicles for commercial operations, hence the intervention by the government.