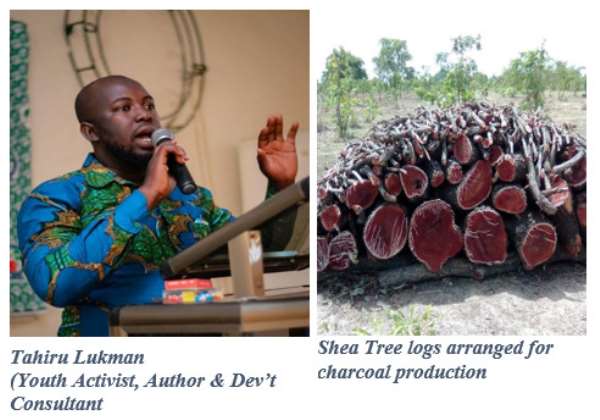 The Upper West Region is part of the fragile savanna ecological zone. The threat of deforestation is fast heightening desertification in the region. One such activity that has become pronounced is charcoal production for commercial purposes. More worryingly is the felling of shea trees (Vitellaria paradoxa) for charcoal production.

Sadly, for several decades, the Upper West Region just like the other regions of the North has still not maximized the economic potential of the shea tree. From stem, back of the tree, leaves and fruits, the shea tree presents huge medicinal and economic value. Additionally, the production of shea butter and other detergents is yet another economic prospects and nutritional requirement. The picking of the nuts and the production of shea butter has been an indigenous livelihood source for most families in the region. Nonetheless, the cutting of shea for firewood and charcoal production has become the order of the day.

It is a shame that men, women, and communities would prefer to shorten the life of a tree that can feed generations and generations yet unborn. The cutting of shea cannot be accepted as a livelihood outcome, rather a coping strategy. What happens if all the shea trees are all felled? Would we still have shea for charcoal production and even raw material for industrial production of shea related products? The answer is obviously no!

There is not any serious commitment to enforcing a ban on the indiscriminate cutting of trees for charcoal production, especially shea trees. We must get involved as a region and be guided with a positive mindset of sustainable development to help safeguard the shea tree.

Governments’ failure over the years to maximize the huge potentials of the shea tree is a contributory factor for rural dwellers to look for an alternative source of livelihood, ie off-farm activities for their livelihood outcome. The policy initiatives of the current administration could have solved the problem of shea cutting if adequate policy commitment is made on the One District; One factory initiative. The shea value chains could be employing 1000s of people and this could reduce the incidence of poverty burden in the region and the decline in North-South drift. 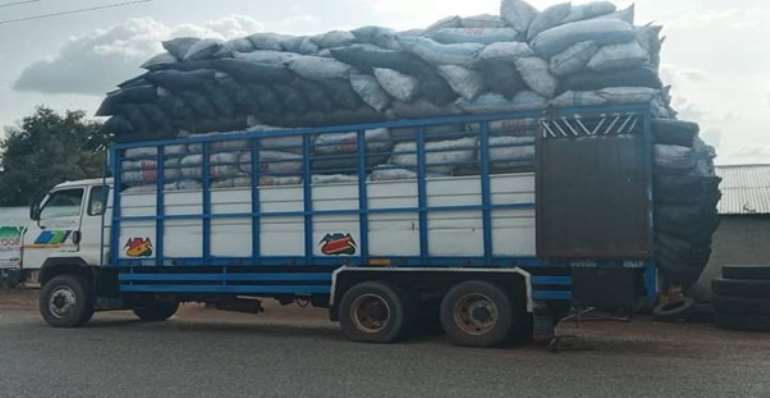 Ironically, there are a lot of laws promulgated by Ghana to help in the protection of forest resources; these include the forestry and wildlife policy (1994); Forestry Commission Act, 1991 (act 571); Forest Protection Amendment Act, 2002 (Act 624); Forest Protection Degree, 1974 (NRCD, 243); Trees and Timber Decree, 1974 (NRCD, 273); Trees and Timber Decree (Amendment) Act, 1994. Despite all these laws, responsible institutions including political leaders and traditional authorities stand aloof while rural dwellers perpetuate the act of indiscriminate shea tree feeling.

We must act swiftly to prevent this canker or remain mute and pay the price of global warming and environmental degradation. It is baffling why people failed to be more conscious of the environment and the support services it offers, rather prioritize greed and selfish interest? From Gurungu to Talawona; Busia to Kropong; Asse to Duosi; Wekaba to Kapuo; Wasei to Hain, all in the Upper West Region, the activity of charcoal production is dominant.

The various Municipal and District Assemblies in the Upper West Region in conjunction with the Forestry Commission and Environmental Protection Agency should consider liaising with traditional authorities to enact bye-laws to outlaw the production of charcoal. The enormous laws of Ghana should be well enforced to have perpetrators prosecuted. This will serve as a deterring to others. We must also engage in moral censor and not to encourage the buying of charcoal, especially shea processed charcoal.

The time to act is now. Urgent attention indeed is needed to save the charcoal tree from been extinct. With the increasing rate of charcoal production using shea, it has made the tree become an endangered tree spice.

Entrepreneurs in the Shea value chain must take deep interest to design models that will be more beneficial to the rural folk. This will help them to divert their attention to using shea for charcoal production and then focused on being active players in the shea value chains.