Where did Earth's water come from? Maybe from closer than we thought 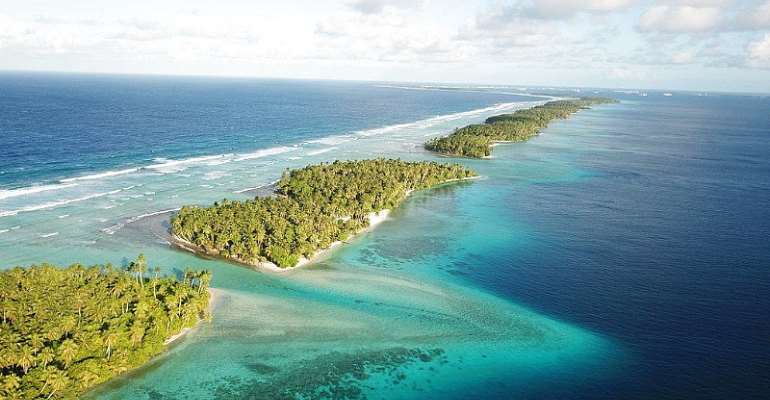 The outer Solar System, because of its remoteness from the Sun, is known to contain water sources. It has long been thought that meteorites from these far reaches first brought water to Earth. However, new research by a team of French scientists shows that water originated in the building blocks of our very own planet.

“We studied Enstatite Chondrite (EC) meteorites which have a similar isotopic composition as the material that formed Earth," Yves Marrochhi of the Nancy based Centre de Recherches Pétrographiques et Géochimiques, part of the research team, told RFI.

"These meteorites, similar to the primitive material of Earth, have plenty of hydrogen and oxygen to create oceans."

Marrocchi and his colleagues started looking at EC meteorites, which constitute less than 2 percent of all meteorites, as the source of water – despite them originating from the inner Solar System where the temperature is very high. These meteorites were perceived to be dry and not capable of producing enough water for the oceans.

“However, a few years ago, we realised the data on hydrogen and isotopic constitution in these meteorites was suspicious because the method didn't take into account the potential atmospheric contamination," he says.

"We restudied the meteorites for the presence of hydrogen with a technique that factored in the atmospheric contamination."

According to their study, the meteorites were found to contain 0.53 percent hydrogen and 35 percent oxygen. “You don't need a lot of hydrogen to produce water. The key was to make sure the hydrogen was from the early solar system."

Interestingly, while 70 percent of the surface of our planet is covered by water, its mass is negligible in the overall scheme of things, amounting to less than 1 percent of Earth's total mass.

When was water formed?

Marrocchi said the hydrogen and oxygen present in Earth's material combined during the Magma Ocean period, 4 billion years ago, when the Earth was in a molten state, to form water.

He further explained that meteorites from the outer solar system may not have brought water to Earth, but they played a role in the formation of the atmosphere which needed a different isotopic composition of hydrogen and nitrogen.

There is another planet in our Solar System has been formed of material that closely resembles the characteristics of EC meteorites: Mercury. But due to its proximity to the sun, there is very little chance of giant water bodies forming on its surface.