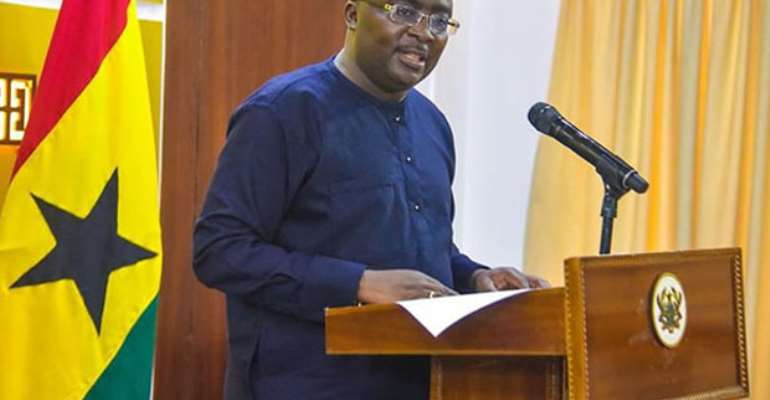 One of the remarks of Vice-President Mahamudu Bawumia during his trip to Nima on Wednesday as part of his Greater Accra Regional tour was about Zongo youth's preference for jobs and not vigilante activities. He could not have put it more aptly than 'jobilante not vigilante.'

Representing the social and security challenge of vigilantism and how this impacts negatively on the fortunes of Zongos, it could not have come at a better time when some politicians are inclining towards this canker.

Calling on the usual targets of bad politicians, Zongo youth, to be wary of baits from such desperate power seekers and to shun them is commendable.

Even before his call, there have been similar concerns by opinion leaders in the communities making up the Zongos as the new normal campaign gathers pace across the country.

Sheikh Arimiyao Shaibu, Spokesperson for the National Chief Imam, raised a similar issue a few months ago when Muslim media practitioners were engaged in a seminar on how to ensure violence-free election in December.

We expect to witness changes from politicians who exploit the unsuspecting youth in the Zongos for their selfish and parochial interests. After all, they signed up to steer away from vigilante activities unless they did so without sincerity.

The Zongo youth, considered a quarry by bad politicians during such times, should turn their backs on the dangerous assignments they are hired to execute on behalf of politicians whose children do not live in this country, let alone go on such unenviable and daredevil missions.

The political season is approaching its zenith and with this comes desperation and even frustration, two factors that drive some politicians pushed to the wall to turn to violence.

The kettle and sugar politics which the Vice-President alluded to sometime ago should give way to how to provide jobs for the Zongo youth. When they come round seeking 'area boys from the bases' to go and perform those hit-and-flee operations, politicians on such missions should be told in plain language that job offers are preferred to the bloody and dirty missions.

Such politicians should be compelled to present their alternative programmes for the Zongo youth to consider. It is about their future not the doling out of a few cedis enough to get them by for just a few days.

Faith leaders and opinion leaders in the Zongo communities should mount a campaign to protect the youth from being exploited.

The many jobless youth in the Zongos deserve good jobs to secure their future not blood-letting engagements which do not put their lives at risk but cast a shadow over the image of the good people of the Zongos. Good jobs for the Zongo youth and not vigilantism should be a common policy to all political parties in the country.