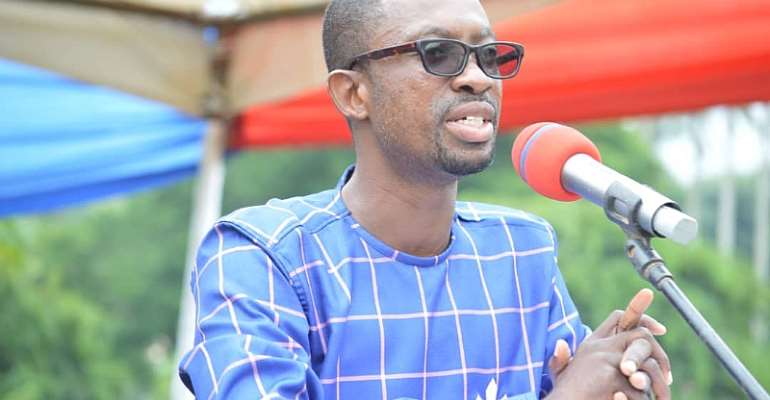 The Bono communications directorate of the ruling New Patriotic Party (NPP) has condemned what it describes as disgraceful political conduct of the Presidential candidate of the opposition National Democratic Congress (NDC), John Mahama, during his tour of the Berekum Municipality recently.

It will be recalled that Mr John Mahama kick started his campaign tour of the Bono region only a week ago, but had to truncate the said tour even before the sun would set on the first leg of his itinerary.

Sources say the highly disappointed and infuriated Presidential candidate of the NDC in a closed door meeting with his party's leadership in the Bono region, did not mince words in vending his frustration and utter shock at the poorly organized regional tour which saw poor attendance and low patronage in all the scheduled meetings and interactions he had with identifiable groups and electorates in general.

“After candidate Mahama's empty, defeatist and desperate press statement issued from their party's headquarters on his arrival in Accra, he and his campaign team decided to embark on their campaign tour of the Bono region once more, this time round in the Berekum Municipality. In a live video coverage of candidate Mahama's tour yesterday, he was seen doling out money to bystanders and the crowd which had mobbed his convoy”, the Bono Regional NPP Communications Director said in a Statement.

According to the Statement, “this unhealthy political conduct of cash-for-crowd by Mr. John Mahama follows his poorly patronized tour in Sunyani last week and the subsequent fracas which ensued among the so called Okada riders who were dissatisfied with the paltry sum of money given to them at the end of the said campaign tour last week.”

“Sensing the disgrace and tendency of low patronage, Mr Mahama resorted to the sharing of money as a strategy to entice people to join his campaign trail.”

Mr. Asare-Bediako Seth, also called ABS, further said this “dangerous, unsustainable and unhealthy political conduct by a former President and now Presidential candidate whose opinion has been well documented by governmental and civil society organizations on the best way forward in safeguarding our participatory and fledgeling democracy by creating the ideal and congenial environment for ordinary citizens to make sound political choices without any form of enticement, duress and deceit could best be borne out of sheer desperation for political power and grave backtracking on good democratic principles he once touted and endorsed in time past.”

He continued, “As a former President and Statesman, it should be expected that Mr. Mahama would have justified the regular funding of his office operations and upkeep with tax payers money by playing his expected role as a good moral compass and a standard political barometer in the promotion of the tenets of our young democracy, and as well serve as an ambassador for good ethical conduct by the elected and their electors as we embark on this collective democratic experiment.

"What former President Mahama has been caught on tape to have done is repugnant, unprincipled, condemnable, shameful, undemocratic, deceptive, and a crude agenda to shore up his party's support base and image which has taken a nose dive.

“The ideal and healthy democratic practice the world over provides that aspirants put out their campaign messages for their electorates to digest and make sound decisions without a shred of compulsion and enticement.

“If a personality who was once the Chief enforcer of our constitution is seen indulging in acts that have the propensity to derail our collective gains as a fledgling democracy, we must rise up and speak up because a principle is a principle; one must wholly uphold it or condemn. We cannot afford to pick and choose as and when the pendulum of morality only swings in our favour.”

He stresses that the Bono regional Communications Directorate of the ruling NPP takes strong exception to candidate Mahama's shameful conduct and urges the good people of the Bono region to shun the patronage and promises emanating from someone like the former President whose stand on general societal and governance issues keeps changing with time.

"The party believes that nobody can lure the good people of the Bono region with money, and we trust in their sound political judgment to endorse the Nana/Bawumia ticket, as well as our twelve gallant and credible Parliamentary candidates in the upcoming general elections."