South Africa reopens borders to Africans, but not to France, US, among others 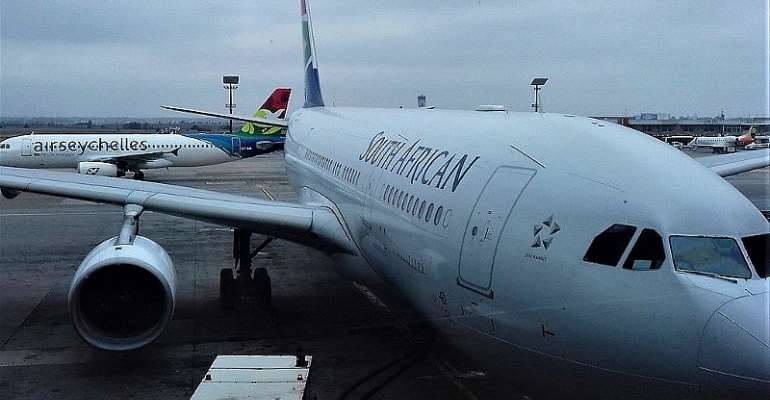 South Africa has opened its borders to travellers the first time since it went into Covid-19 lockdown in March. But travellers will be subject to conditions, including a valid negative coronavirus test, and the door is not open to all countries.

“To allow ease of travel from the African countries, 18 borders will be opened,” said International Relations Minister Naledi Pandor on Wednesday, adding that anyone coming from the US, France, UK, India, Russia, Switzerland, or the Netherlands will not be allowed in.

South Africa has the highest amount of cases on the African continent with 674,000 confirmed cases, but it will not be allowing citizens from those countries with higher Covid-19 infection rates.

There are notable exceptions outside the tourism sector: "Only citizens who are investors, diplomats, high-skills visa holders and businesspeople will be allowed," Pandor added.

Tourists from the non-blacklisted countries are encouraged to visit South Africa, but cruise ships will not be allowed to dock and off-load passengers.

The three international airports, including Oliver Tambo International in Johannesburg, King Shaka in Durban, and Cape Town International will be open, as well as a limited number of land borders.

The negative tests will need to be no more than 72 hours before travel, but passengers will also be subject to additional Covid-19 screening. If a tourist tests positive, they will be quarantined and will have to pay for all their own expenses.

While the list seems to apply to essential measures, in reality governments are putting in place arbitrary measures that resemble the patchwork standards that came from the 9/11 attacks in New York, says Linden Birns, aviation expert and head of Plane Talking, a public relations organisation in South Africa.

“In some airports you have to take off your shoes, in some you have to pull out your laptop,” says Birns. “The International Air Transport Association (IATA) and other industry bodies wanted to make sure that with Covid-19 there was a global, consistent set of standards applied, so we don't have any of this confusion,” he adds.

An international task force created by the World Health Organization (WHO) and UN sister organisation International Civil Aviation Organisation (IACO) came up with a set of guidelines for airline and airport safety in the time of Covid-19.

“Now we're seeing countries making up their own rules again – like South Africa,” says Birns, who tells RFI that the ambiguous set of regulations that came out Wednesday night was only published for incoming travellers, not outgoing.

Hope for travel industry, then dismay

Two weeks ago, South Africa President Cyril Ramaphosa announced an opening of the borders for travel.

“We expect the number of international passengers to grow gradually as this is an important step on the road to recovery,” President Cyril Ramaphosa said in September.

Travel experts did not understand why it took so long to put the measures in place, when South Africa already had a proven track record in implementing biometric norms for domestic travel in June and July.

Birns says "the entire industry was very disappointed that it took two weeks” from Ramaphosa's announcement. “And the country restrictions put in place is based, it seems, on infection and mortality rates for July,” he adds.

Too little, too late?

South Africa is entering the spring season, and the tourism and travel industry needs to start moving quickly to benefit from the border reopening.

“We are opening up because we want people to come slowly and to start to travel for leisure and tourism. But what the president has directed is that we must do this cautiously,” said Transport Minister Fikile Mbalula.

“The industry is crying out – across Africa, there are four million jobs in aviation and tourism, and in South Africa alone, 280,000 jobs still in place out of 470,000 who depended on the sector before the crisis,” says Birns.