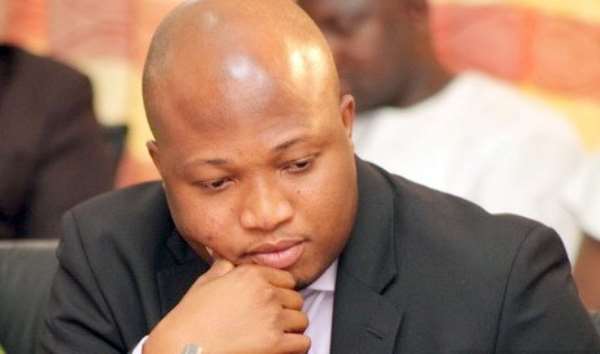 There was absolutely nothing remiss about the decision by Ghana’s Information Minister, Mr. Kojo Oppong-Nkrumah, to respond, grievance for grievance, to the litany of grossly misguided accusations tabled in the diplomatic row between Jubilee House and the Mahammadu Buhari government, against the latter’s Ghanaian counterpart, vis-à-vis the alleged mistreatment of some Nigerian traders resident in Ghana (See “War of Words Between Ghana and Nigeria Unnecessary – Ablakwa” MyNewsGh.com / Ghanaweb.com 9/1/20). Mr. Samuel Okudzeto-Ablakwa is too young to remember the barbaric downing of a Ghana Airways passenger plane in 1970, off the coast of Lagos, the former Nigerian capital, by the Nigerian military, following the official deportation of illegal foreign immigrants by the K A Busia-led Progress Party (PP) government. So, the Tongu-North’s National Democratic Congress’ Member of Parliament has the luxury of blissful ignorance to presume to call the operatives of the Akufo-Addo-led government of the New Patriotic Party to order.

The Nigerian government, legend has it, would later replace the savagely downed Ghana Airways passenger carrier. To the best of my knowledge, and I promptly stand to be corrected, the human beings that perished on that DC-10 flight, including the air-stewardess classmate and friend of my late mother’s, like her, the daughter of a Presbyterian Church of Ghana clergyman, were never replaced. Not that anyone of us then alive and unbearably pained by this “wholly unnecessary” incident really expected the Yakubu Gowon junta to replace our savagely slaughtered relatives and fellow Ghanaian citizens. This is why it was necessary for Mr. Oppong-Nkrumah to respond to the Nigerians, grievance for grievance, in the latest diplomatic row between the two countries, since it was the Nigerian government that unilaterally ignited the same.

You see, the problem with kleptocratic NDC politicians like Mr. Okudzeto-Ablakwa is that they have shamelessly extorted so much moolah from the Nigerians, including the self-confessed $ 5 Million (USD) solicited by Chairman Jeremiah John Rawlings from the late Gen. Sani Abacha, that anytime that any public disagreement arises between the leaders of these two closely related countries, the likes of the Tongu-North NDC-MP feel, literally, like ducking under their beds. In the case of Mr. Ablakwa, they feel like scurrying into the trunks/booths of their cars to make sure that they are still in possession of their pelf before the car-wash boys open up the same. What has really happened here is that the payola addicted NDC leaders sat duck for more than 20 years, while Ghanaian nationals resident in Nigeria got literally treated like trash. Garbage, that is. You see, instead of frontally dealing with the generally abject disrespect of Ghanaian citizens resident in Nigeria, the NDC leaders had routinely taken bribes and looked the other way while these Nigeria-resident Ghanaian citizens literally fended for themselves.

Indeed, in the latest of such ill-treatment, had some of us on the media frontlines not vehemently spoken out, it would have become strictly business as usual, with Ghana’s current Foreign Minister, Ms. Shirley Ayorkor Botchway, nonchalantly exhorting Ghanaians resident in Nigeria to obey the laws of their host country, without first instructing Ghana’s High Commissioner, or Chief Diplomat, in Abuja, the Nigerian capital, to launch a thorough investigation into the matter of why the four Ghanaian traders, in retrospect, falsely accused of identity theft, had been so harshly and rudely deported from Nigeria. You see, the Nigerians, under the tenure of the National Democratic Congress, had become so used to the gross leadership negligence and downright irresponsibility of their Ghanaian counterparts that when, finally, Ms. Botchway decided to meticulously get to the bottom and heart of the matter, the Aso Rock Boys were, literally, caught flatfooted and with their pants down. The Nigerians, in collusion with the Mahama Posse, have also deviously attempted to pull a facile guilt trip on the Akufo-Addo Administration. But this gimmick has also miserably backfired, because young astute Ghanaian leaders like Mr. Oppong-Nkrumah have done their homework well enough on the postcolonial relationship between the two most globally recognized countries in the ECOWAS Subregion to be so facilely taken for a ride.

Young National Democratic Congress’ sociopolitical upstarts and climbers like Mr. Ablakwa also need to do their homework diligently and thoroughly, and stop behaving as if all it takes to be a recognized and respectable leader in Ghana today is to simply sport a big mouth, devoid of common sense and national pride and the courage of one’s convictions.