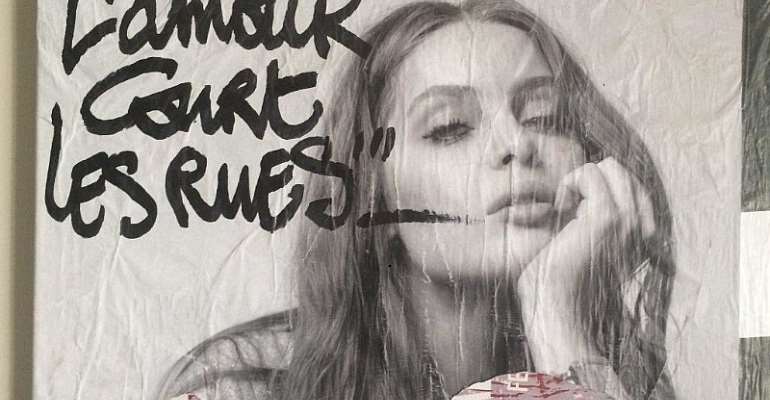 The Parisian artist recognisable for his signature phrase "L'amour court les rues" (Love roams the streets) has been taken into police custody for questioning over sexual assault accusations, according to French media. The 53-year-old has been questioned several times in the past in connection with similar charges.

Know as Wilfrid A, the "L'amour court les rues" artist and photographer has been named in some thirty accusations of rape and sexual assault involving young women.

Well-known in the Montmartre district where he has lived and worked for years, and where his graffiti is part of the landscape, the suspect has so far escaped prosecution because there has never been sufficient evidence to warrant an investigation.

This time, according to police sources, the suspect is to be questioned in the wake of a large number of interviews conducted by investigators with women, aged between 18 and 20, who claim to have been his victims.

Earlier this summer, Paris police confirmed that no fewer than 26 women had complained about the suspect, alleging rape and sexual assault.

It is alleged that the women were lured to the photographer's studio for a fashion shoot, with the promise of publication in top magazines.

The supposed photo sessions rapidly degenerated into sexual assault, sometimes rape, according to the victims.

The suspect is a properly qualified professional photographer, with a background in sport, eroticism and pornography.

When questioned previously by police, he has consistently maintained that his sexual relations were invariably consensual.

The police will decide on Friday whether or not to pursue the case.