By Laura Pereira - The Conversation 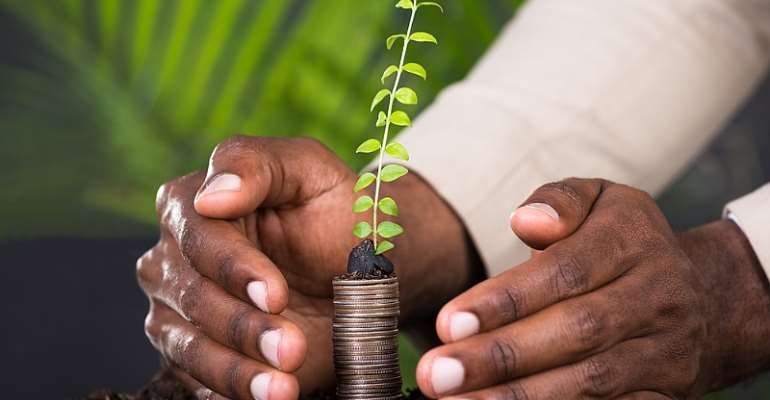 What does a more desirable future for people and the planet look like. - Source: Shutterstock

Nature is under pressure. Ecosystems are being degraded rapidly and a billion species are at risk of extinction. This is the shocking picture set out by an independent intergovernmental body, the Inter-governmental Science-Policy Platform on Biodiversity and Ecosystem Services ( IPBES ). The platform was established to make stronger connections between science and policy. Its view is that the only solution to the crisis is radical change in the way humans live.

Humans are deeply implicated in the crisis underpinned by the notion of the anthropocene , which is the time that humans have become the dominant impact on earth. This is highlighted in the current crises of a global pandemic, racial tensions and growing inequalities.

There is a lot of research on the impacts that human actions will have on the future of the planet. These range from carbon emissions leading to climate change through to plastic waste devastating ocean life. But there's little research on what sort of future people want. This is even more true for understanding what a better future could look like for different people and in different contexts. Such stories of the future are important tools for decision-makers whose choices will bring about change.

The IPBES expert group on scenarios and models responded to this gap in positive stories of nature. We worked on creating visions that reflect the diverse values that nature holds for people. We also wanted these visions to be applicable in different contexts.

We started with a workshop in New Zealand in 2017, with 73 participants from 31 countries, representing all UN regions. Using a method developed from the Seeds of Good Anthropocenes project in South Africa, the participants identified “seeds” of change that they believed would be the start of a better future. These seeds were as diverse as displacing GDP growth as a metric and giving rivers legal standing, and as distinct as centres of distinction on indigenous and local knowledge and gene editing technologies.

Visions of the future

Seven radical visions of desirable nature futures emerged from this. How the 7 desirable visions generated in the 2017 workshop in New Zealand formed the basis of the Nature Futures Framework that sets out three core values of nature: nature for nature, nature for society and nature as culture. These value perspectives build on the IPBES guidance on multiple values for nature. Authors' own and images from Mary Brake, Reflection Graphics; Dave Leigh, Emphasise Ltd.; Pepper Lindgren-Streicher, Pepper Curry Design

Building from the visions, the expert group then developed the Nature Futures Framework . This is a simple way to show and talk about the ways in which nature has value for people:

● Nature for nature, in which nature has value in and of itself;

● Nature for society, in which nature is primarily valued for the benefits or uses people derive from it;

● Nature as culture, in which humans are perceived as an integral part of nature.

The framework aims to illustrate all the ways nature is appreciated. It's intended to allow multiple voices to debate what a more desirable future for people and the planet could look like. A recent application of the framework with youth from around the world illustrated some common features of desirable futures. These included an emphasis on diverse community solutions, a reconnection with nature and a reconfiguration of the economic system to showcase what really is valuable for well-being.

Differences include how technology is employed in the future. This looks into whether it's a central solution like energy and transport for example, in a hyper-connected world where everyone is educated about diverse cultures and places. It could also be a more locally diverse future that emphasises being in place and where innovation is based on indigenous and local knowledge. What these diverse futures show is not a “better or worse” future, but alternatives that can help inform decisions in the present. People have a diversity of relationships with nature. Only when this is appreciated can the world find its way to a better future.

A call to arms for participation

Reaching this global understanding requires buy-in and input from as many people around the world as possible. The newly constituted IPBES Task Force on Scenarios and Models is, therefore, calling on researchers and practitioners to contribute. They can take part in scenario processes or use the framework in their own exercises.

It is especially important to get participation from the African continent . The region is often marginalised in global environmental scenarios, despite its bio-cultural diversity. To reach as wide an audience as possible, the Nature Futures Framework's paper on creating desirable futures has been translated into a range of languages under-represented in global research. These include Afrikaans , Arabic , Bemba , isiZulu , Setswana , Shona , Twi , Wolof , and Yoruba .

Before the outbreak of the COVID-19 pandemic, 2020 was to be a “super year” for nature. Various global decisions that will shape the planet's future were to be taken, including the Convention on Biological Diversity's renegotiation of biodiversity targets. As these events have been postponed, and as the world seeks to recover from the pandemic, it is even more essential that decisions about the future consider humans' diverse relationships with nature.

Such decisions can be supported by visions, scenarios and pathways that are collectively developed and made accessible to all interested stakeholders. New types of globally relevant scenarios are urgently needed to show what could be achieved and catalyse the interventions needed to move towards these more desirable futures.

A starting point can be registering as a stakeholder on the IPBES portal: https://ipbes.net/ . Building a better future requires everyone's buy-in. The scientific community is starting to realise how important it is to listen to voices from the ground. Without these voices, targets for the planet will remain out of reach.

Laura Pereira does not work for, consult, own shares in or receive funding from any company or organisation that would benefit from this article, and has disclosed no relevant affiliations beyond their academic appointment.

By Laura Pereira, Researcher/Lecturer at the Centre for Complex Systems in Transition, Stellenbosch University