Djokovic crushes Berankis to waltz into third round at French Open 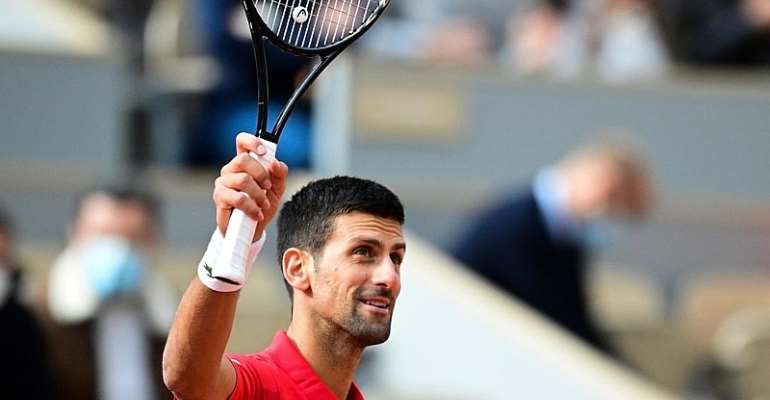 Top seed Novak Djokovic swept into the third round of the French Open on Thursday with an imperious 6-1, 6-2, 6-2 dismissal of Ricardas Berankis.

The 33-year-old world number one raced through the first set in 22 minutes.

He broke the Lithuanian at the start of the second set and again to lead 5-2. Djokovic served out to establish a two-set cushion in well under an hour.

It was also one-way traffic in the third on Court Philippe Chatrier as an injured Berankis offered even less resistance.

“I felt good in the first round and also in this match,” said Djokovic. “I hope I can continue like that.”

While the Serb was cruising, one of the younger players tipped to challenge him and 12-time champion Rafael Nadal fell by the wayside.

The 21-year-old Canadian led 4-2 in the final set on court Suzanne Lenglen but the world number 101 fought back to claim it 8-6 and reach the last 32 at the French Open for the first time in four visits.

On Saturday, Carballes Baena will play the 18th seed Grigor Dimitrov for a place in the last 16.

The women's draw threw up a couple of shocks on the fifth day of action.

The 2017 champion Jelena Ostapenko, ranked 43rd in the world, dispatched the second seed Karolina Pliskova 6-4, 6-2 and the 2018 finalist Sloane Stephens went down in three sets to the unseeded Spaniard Paula Badosa.