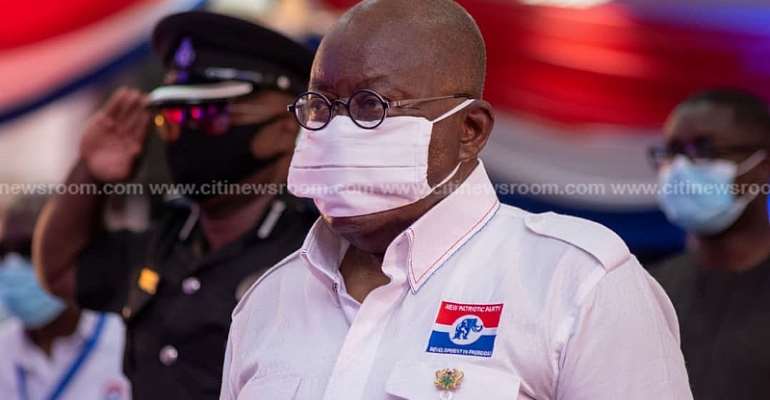 President Akufo-Addo is urging members of the governing New Patriotic Party (NPP) not to vote for members of the party contesting the upcoming 2020 parliamentary elections as independent candidates.

President Akufo-Addo, who was on a three-day working visit in the Ashanti Region said those who had decided to contest as independent candidates ought to be shown their rightful places.

According to him, the activities of those persons may hurt the chances of the party in the polls.

Akufo-Addo said such action by the NPP members going independent is “a sign of disrespect and anyone who doesn’t respect me cannot work with me. I cannot work with any self-acclaimed members who flout the party's rules and regulations and the laid-down structures with impunity. Those I can work with are people who respect me. Don’t vote for any independent candidate.”

Some aggrieved NPP members who claim they were unjustifiably disqualified from contesting in the party’s parliamentary primaries have resolved to contest the polls as independent candidates.

Constituencies, where such issues have been reported, include Asokwa, Bekwai and Ahafo-Ano-North.