COVID-19 Testing At KIA Must Be Suspended, Probed — Minority Demands 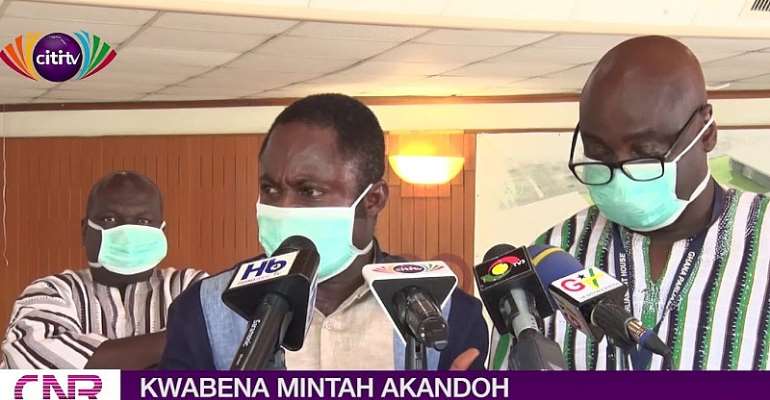 The Minority in Parliament is demanding an immediate suspension of deal between government and Frontiers Health Care Limited for COVID-19 testing at the Kotoka International Airport.

The Minority contends that the agreement breaches the procurement laws of the country and lacks transparency.

Addressing the media in Parliament, the Ranking Member on the Health Committee, Kwabena Mintah Akandoh, urged the government to allow the Noguchi Memorial Institute for Medical Research to conduct testing at the Airport.

“We in the Minority have suggested to the government to utilise the services of Noguchi who have spearheaded the testing of COVID-19 cases in our country since this pandemic took its course instead of contracting a private institution whose charges are higher.”

But he complained that the government “is more interested in creating avenues for its families and friends to take advantage of the situation to exploit Ghanaians rather than considering the plight of the people.”

In light of the complaints, the Minority is also demanding a “full-scale investigation into this unconscionable, corrupt and cruel self-enriching scheme so that all those behind this stinking plot can be brought to justice.”

Mr. Akandoh further assured that if the NDC wins power in the 2020 polls, it will not only “abrogate the contract but also go after all those who have conspired to perpetuate this grand scheme of wicked extortion of the good people of Ghana.”

All passengers coming to Ghana by air are required to pay $150 for a 30-minute PCR COVID-19 test administered by Frontiers Health Care Limited.

This began after the Kotoka International Airport was opened to international traffic on September 1, 2020, after being closed in March 2020 because of the pandemic.

The test being used has been backed by the Food and Drugs Authority (FDA) which it says met the requirements of not less than 99.0 percent concordance.

COVID-19: Ashanti Region records 783 cases in one week
46 minutes ago