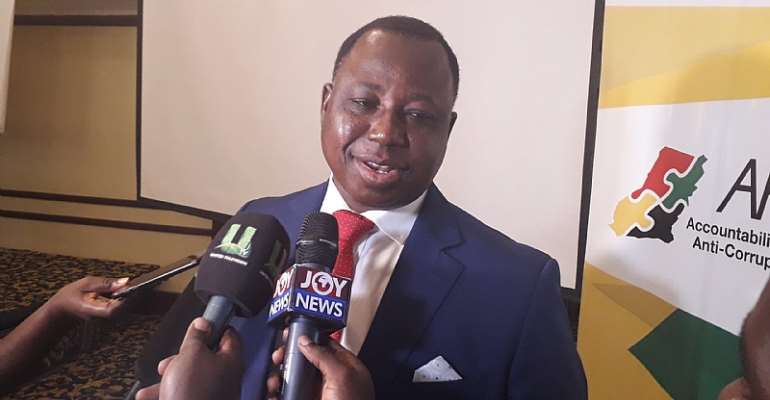 The Commission for Human Rights and Administrative Justice (CHRAJ) has called on government to speed up processes of completing the ongoing stakeholder consultations on the National Ageing Bill and ensure same laid before Parliament.

The Commission in a release to commemorate the International Day of Older Persons marked on October 1, noted that over the years, some progress has been made in advancing the rights of older persons in Ghana.

The statement signed by the CHRAJ Commissioner, Joseph Whittal, however, noted that because of the important role older people play in society, more needs to be done and “this day is set aside to draw the State and global attention to the plight of such persons.”

It said while the passage of the National Ageing Bill into law is being processed, the State should do more to uphold the rights of older persons within the meaning of the National Aging Policy (NAP), the Constitution and international instruments.

According to the statement, government, under the NAP, has committed to upholding the rights of older persons through the strengthening of legislation to provide full protection for older persons.

“To this extent, the Government of Ghana in 2012 publicly expressed its intention to formulate a National Ageing Bill to be passed into law. However, eight (8) years on, the government is yet to finalize the National Ageing Bill before it could be presented to Parliament for consideration, ” it said.

The statement alluded to the fact that some stakeholders have described the delay in the passage of the Bill into law as a development that has worsened the vulnerability of the aged in the Country.

“Ten (10) years after NAP, the State is yet to ensure that the healthcare needs of older persons are comprehensively addressed by the National Health Insurance Scheme (NHIS). For instance, physiotherapy management of Parkinson’s disease and dementia, which are more prevalent among older persons (60+ years), and most medications for such conditions are not included in the NHIS drug policy,” it says.

It indicated that the recent inhumane killing of Akua Denteh, the 90-year old woman at Kafaba on suspicion of witchcraft gives credence to the above narrative and requires the State to do more by addressing the issue of ageing in Ghana more comprehensively through legislation, policy and institutional reforms to ensure that older persons are protected from abuse or harm.

“As we commemorate this day, CHRAJ wishes to raise awareness on the special health needs of older persons and of the contributions to their own health and to the functioning of the societies in which they live; increase awareness and appreciation of the role of health care workforce in maintaining and improving the health of older persons with special attention to the nursing profession; and also increase understanding of the impact of Covid-19 on older persons, which calls for deliberate healthcare policy and service delivery interventions so as to minimize the effects of this and future pandemics on older persons, ” the statement read.