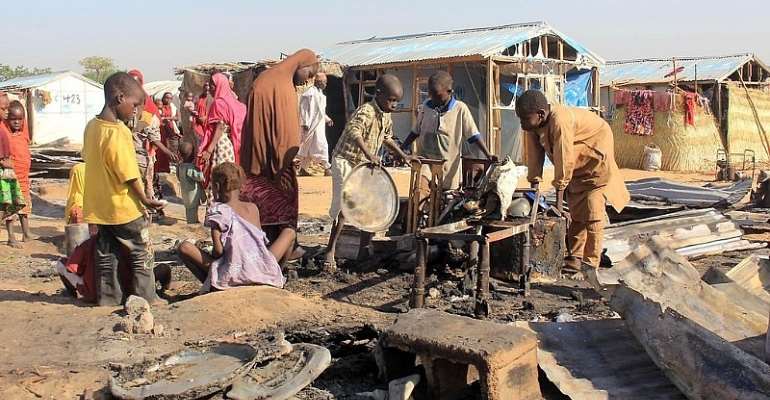 Nigeria marks the 60th anniversary of its independence from Great Britain on 1 October. The celebrations take place in the shadow of eleven years of Boko Haram insurgency, in which thousands of lives have been lost, property damaged on a vast scale, and schools turned into refugee camps in most states in the north of the country.

After six decades of independence, Nigeria still faces major issues - massive youth unemployment as a result of the dearth of manufacturing industries, the struggle for resources between the northern and southern parts of the country, a difficult global context for the national oil industry.

Government statistics show that about two-thirds of the Nigerian population are under the age of 25, but more than half of them are unemployed thereby exposing young people to such threats as crime and insurgency. Creating jobs and securing investments to provide employment has been one of the major challenges affecting the nation's leadership.

To say nothing of the problems posed by the Islamic insurgency of Boko Haram.

Boko Haram turned to violence after its leader, Mohammed Yusuf, was arrested and killed by security operatives in Maiduguri, the capital of Borno State, in 2009.

Until then, the group had been spreading its ideology like many other Islamic preaching organisations in Nigeria.

After the killing of Mohammed Yusuf, Boko Haram followers launched series of attacks and campaigns claiming that every federal policeman or soldier is brutal, cruel, inhuman and sadistic, not much better than a beast.

These insurgents soon began to use sophisticated weapons such as AK47 rifles, RPGs, machine guns, anti-aircraft guns, as well as rockets and  mines.

In addition, they engaged in the kidnapping of young boys and girls who, under the influence of drugs, according to security sources, were assigned to specific crowded settlements to detonate suicide bombs.

Security forces are still struggling to end the insurgency, despite some successes on the ground.

Some commentators argue that the security agencies are particularly helpless in their efforts to  control  the situation because of the high-level protection the insurgents receive from political godfathers.

Presidential elections are due be held in Nigeria at the end of Muhamadou Buhari's tenure in 2023.

Under the current system of the rotation of power between north and south, the next president will be a southerner, with a northern vice-president.