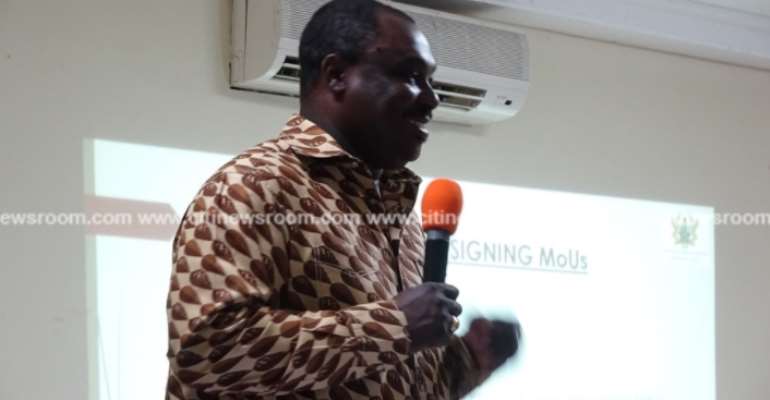 Government has been accused of taking up privately owned businesses and claiming them as the fulfilment of their One District One Factory (1D1F) campaign promise.

Former NDC Member of Parliament for the North Dayi Constituency, George Loh, for instance, has accused the government of taking glory for what it has not worked for .

Former President John Dramani Mahama has also accused the NPP of failing to deliver on its promises because the factories are not evident enough.

But a Deputy Minister of Trade and Industry, Robert Ahomka-Lindsay on Citi FM's Voters' Diary refuted this claim saying “Of the 232 1D1F companies that are currently in various stages of completion, only 68 of them are what you may call existing companies, 164 are new. “

He further clarified that the government opted to collaborate with the 64 private sector industries to support them and not to score cheap political points.

“Some of these companies do not have the strength to produce enough for the internal market not to talk of the external one. We know we need more new companies because we are growing, but in growing, you don't abandon existing ones. Should we not provide support for such factories to expand enough to reach the external market?”

“Anyone who says we should have abandoned existent projects and start new ones does not understand the nature of the business, “he added.

GEXIM has funded the establishment of indigenous factories , which are helping to process raw materials into secondary products thereby encouraging the production and purchasing of Made in Ghana products hence, limiting our dependence on foreign goods or products.

Building on several years of robust growth, the government has instituted the One District, One Factory (1D1F) initiative to increase industrial capacity and output. This is to boost the value-added components of the country's manufactured exports.

With the focus on Poultry Pharmaceuticals, Cassava, Shea butter, Garments, Pineapples and mangoes, Creative arts, Oil palm, Cashew, and Cocoa, GEXIM is positioned for a Made-in-Ghana drive that exposes the finished products derived from these raw materials.