Mahama Is An Archbishop Of Promises – Bawumia Fires 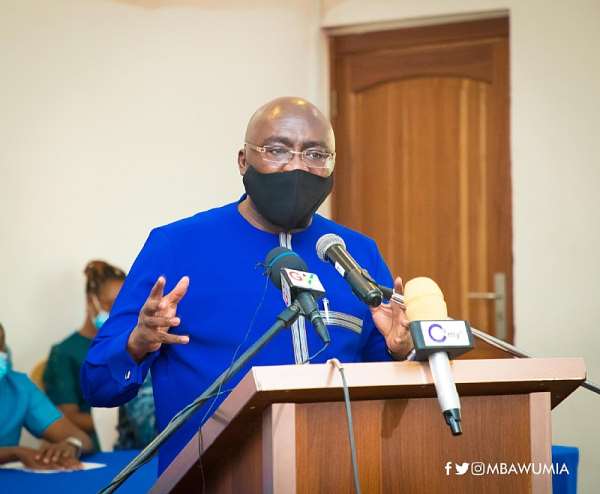 Vice President, Dr. Mahammudu Bawumia has once again questioned the credibility of former President John Dramani Mahama ahead of the 2020 polls.

Dr. Bawumia maintains the former President has no track record should he be given the nod to run the affairs of the country in the next election.

Touching on the NDC’s manifesto, the Vice President described the opposition party leader as “archbishop of promises” and cannot be trusted because the policy document of the NDC is full of empty campaign plans which will never be implemented.

“Mahama has said he was not going to promise again. But today, he keeps promising, and he is the Archbishop of promises. That is why I am saying that the manifesto promises by the NDC is an empty one. They have been in power for eight years, but they were unable to pay simple GHS70 million teacher trainee allowances. But now, they are promising US$ 10 billion Big Push. They don’t have the credibility. If they have delivered in government, they will know how things are done. The manifesto is not credible”, Dr. Bawumia said in an interview on Asempa FM.

Akufo-Addo will have no choice than to assent to Anti-LGBTQ ...
18 minutes ago