Catalog Each Of The 1,824 Projects In Ashanti Region And Let Us Double Check—Dr. Solomon Owusu Challenges President Akufo Addo 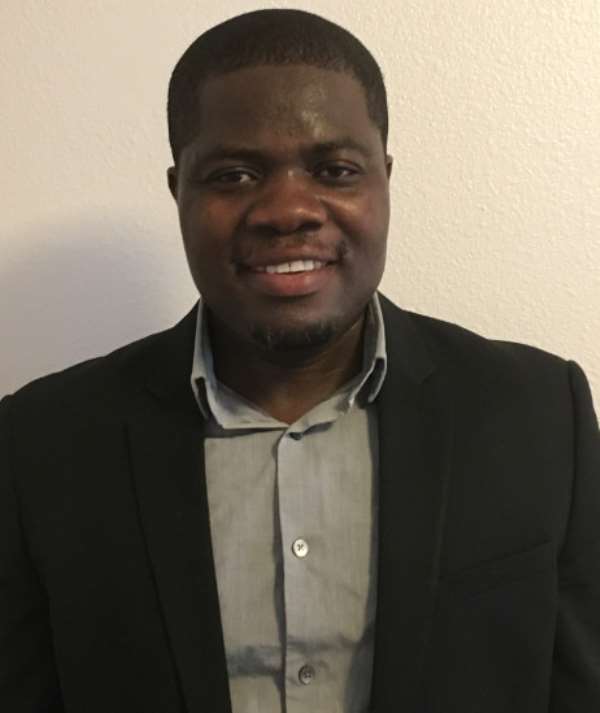 The outspoken mining engineer, mineral economist, and former NPP-California, USA Deputy Secretary, living in Colorado, USA, Dr. Solomon Owusu have challenged His Excellency, Nana Akufo Addo to catalog with detailed explanations, project costs, and project stages of the supposed 1,824 projects that his administration has undertaken in Ashanti Region for Ghanaians to authenticate their existence.

According to Solomon, the President of the Republic of Ghana disseminated politically smeared lies to the Asantehene when he visited the wise King at his Manhyia Palace in Kumasi.

Expressing his views on a diaspora radio station, Dr. Owusu admonished Ghanaians abroad, especially the Ashantis to ignore President Akufo Addo’s falsehood and demand the list of all the projects located in each constituency so that Ghanaians back home can cross-check the location and the progress of each project.

According to him, the president has disappointed the Asanteman, where the NPP party wins lots of its votes and he had no other option than to fabricate untruths to the Ashantis on projects because he had nothing to show in the region. Again, the outspoken former NPP executive disclosed that the president has even abandoned most of the projects initiated by the previous NDC government.

On Monday, September 28, 2020, the President paid a courtesy call on Asantehene Otumfour Osei Tutu II, introduced himself as a presidential candidate and introduced all the forty-seven (47) NPP parliamentary candidates to the King. Presenting his achievements to Otumfour, President Akufo Addo narrated that his government has undertaken 1,824 projects in Ashanti Region alone, including 606 water and sanitation projects, 604 education projects, 151 road projects, 92 health projects, 1 aviation project and 1 port project.

In all, the president mentioned 1,455 projects and he couldn’t state the other areas for the rest of the 369 projects. Criticizing the inconsistencies in the President’s speech, Dr. Owusu said the difference in the figures between the total 1,824 projects against the actual 1,455 he enunciated raised a red flag, indicating that the president was speaking lies to the King and just concocting numbers with deceitful intent to convince Asanteman for votes. In his opinion, the President has scored less then 15% in infrastructure development in Ashanti Region as compared with Ex-President Mahama who built schools, roads, markets, hospitals, water reservoirs and airports among others.

After carefully listening to the President, the King wished Nana Akufo Addo well and reminded him that Asanteman will vote based on the good works of each candidate, hence the records of President Akufo Addo will determine his votes on the election day. Commenting on the King’s delivery, Dr. Owusu commended the proverbial and wise speech by Otumfour and inferred that the King restrained himself to avoid embarrassing the President for his abysmal performance but cautioned him to improve on his governance strategy to lessen the hardships Ghanaians are currently subjected to. For example, this government has nothing to show in Obuasi, Tarkwa, Dunkwa and all the other mining towns, except poverty, poor roads and poor living conditions.

The Ashanti Region is known to be the strongest region of the ruling New Patriotic Party (NPP) but the Akufo Addo led government has poorly performed in the region than any of the past governments. Lots of the residents in this region are engaged in small-scale mining, illegal mining (galamsey), auto mechanic and auto electric businesses, vehicle spare parts business, small business, and other businesses.

Unfortunately, this government has collapsed the mining business and subjected residents in mining areas into unprecedented hardships. Also, this administration has collapsed the local banks, where the small business owners acquire loans.

In addition, the government is planning to ban the importation of salvage cars into the country, which will immensely affect the auto mechanic, auto electric, and spare parts businesses in Ghana, especially those in Suame-Magazine in Kumasi who voted massively for the then-candidate Akufo Addo during the 2016 elections.

Furthermore, the car dealership business in Ghana will collapse, if Ghanaians mistakenly vote for President Akufo Addo on December 7th. Expressing his regrets for supporting the President in the 2016 elections, Dr. Owusu said this government doesn’t care about the welfare of the people but rather interested in selfish and greedy ventures, leading to the alarming rate of corrupt practices Ghanaians witness every day.

In his concluding remarks, the outspoken mining engineer advised Ghanaians to vote against President Akufo Addo for his disappointment to the nation. He continued that Ghanaians cannot withstand another 4-year term under President Akufo Addo with frustration, intimidation, unemployment, insecurity, lawlessness, corruption, the collapse of businesses, weak economic management, and unparalleled hardships. Finally, Dr. Owusu declared that the President and his Vice are liars and a vote for them is a vote for disaster for the country.

The 1992 constitution is a tool for stealing, rigging and pl...
20 minutes ago

[Video] I joined #FixTheCountry demo because my Church membe...
49 minutes ago