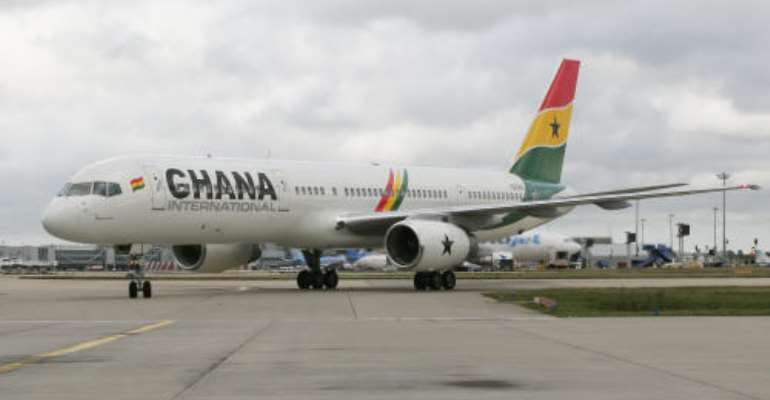 Ghana International Airline is among the highest defaulters of the Social Security and National Insurance Trust (SSNIT) scheme.

The Chairman of the Board of Directors of the Social Security and National Insurance Trust (SSNIT), Mr. John Saka Addo disclosed this at the 2nd stakeholders' forum held in Accra yesterday.

Though the Chairman did not disclose the amount, he said these companies owe SSNIT billions of cedis.

Mr. John Saka Addo also disclosed that SNNIT is going through a re-structuring process to manage its pension reforms without any interference from the government. He said the re-structuring stems from a recommendation by the Presidential Commission on Pension.

“Some key recommendation have been made by the Commission to government and these include the re-structuring of SSNIT to reduce the perceived overbearing dominance of government on the administration of the scheme, and the application of 4% of Social Security to establish a supplementary retirement scheme to be managed privately”, he said.

He however noted that the Board of SSNIT would continue to offer the required technical guidance to protect the integrity of the scheme for its members.

Presenting the 2005 annual report, the Director-General of SSNIT, Mr Kwasi Osei said the Social Security fund continued its steady growth as the financial year ended last year with a fund size of ¢9.29 trillion which represents an almost 5.81% increase over the previous year's fund value of ¢8.78 trillion.

“The growth of the fund was attributed to the combined effect of the increase in contributions collected and investment income”, he said.

On the membership, he said the Trust recorded a total active contributor population of 898,368 as at December 2005.

“A total amount of ¢1,905.77 billion was collected in 2005, representing an increase of 17.2% over an amount of ¢1,632.53 billion received in 2004…The average monthly contributions received was ¢157.34 billion. The average compliance in respect of membership contributions to the Social Security Fund was 85%”, he explained.

Mr. Kwasi Osei noted that the Trust is aggressively pursuing its policy of on-lending to companies through banks and other financial institutions.

This, he said, has significantly increased the pool of long term funds to the private sector.