ECOWAS Is Losing Its Credibility 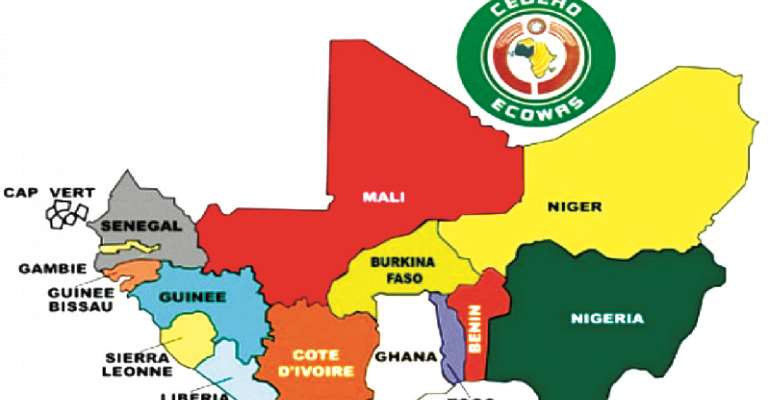 On Tuesday, 15 September 2020, ECOWAS leaders hurriedly arraigned a meeting at Peduase in Ghana. At that meeting, ECOWAS leaders gave the Malian current military leaders one week to form a transitioning government. The ultimatum stipulated that the President and Prime Minister of the transitional government must be civilians and the nominations of these two key personalities must be done immediately.

The ECOWAS leaders also decided that the transition period would be 18 months maximum, with effect from the day of the meeting. Thus, the new Malian leaders were ordered by ECOWAS leaders to hand over power to a civilian transitioning government or face sanctions. Sanctions including the closure of all land and air borders, freezing of all financial transactions, and freezing of economic and trade flows between ECOWAS member states and Mali were immediately imposed on Mali.

On the surface, this seems a positive achievement by the leaders of West African states but underneath that, there is a ploy by current West African leaders to stay in power forever. Remember that ECOWAS boasts of some presidents who came to power either through military coups or are refusing to leave power after serving their terms in office. Such presidents want to abolish coups in the region so that they can hang on to power forever. They don’t want to leave office through the ballot.

Most of the presidents of the fifteen states that form ECOWAS were in attendance but I will focus on the records of just a few of them. By the time you read through this piece, you will know that the presidents of ECOWAS member states do not want coups because some of them have decided to overstay in power illegally and sadly the others look on approvingly.

Let’s consider the records of some of the leaders discouraging military coups, and threatened Mali’s new military leaders. Let’s start with President Faure Essozimna Gnassingbe of the Republic of Togo who has been the president since 2005 – a whole 15 years.

His father Gnassingbé Eyadéma came to power through a military coup in 1967 and stayed in power until he died in 2005. Thus, he ruled for 38 years. According to the Togolese Constitution, when a President dies, the President of the National Assembly should become acting President until an election is conducted. At the time of Eyadéma's death, National Assembly President Fambaré Ouattara Natchaba was out of the country, and Faure Gnassingbé was hurriedly sworn in by the military as acting President.

It is an open secret that the military sent a message to Natchaba not to come back to Togo. In fact, the African Union denounced Faure's assumption of power as a military coup. The Gnassingbes – Eyadema and his son Faure - forced a constitution that allows an unlimited presidential term on Togolese, and any Togolese who questioned that constitution is dealt with brutally. Like his father, only death or a military coup can remove Faure from power. It is therefore obvious why proscribing military coups in West Africa is important for Faure.

According to him and his ruling party, since the country is guided by a new constitution, the two terms served by Conde are wiped out. His party has nominated him as its presidential candidate for the next election. This illegal imposition of Conde on Guinea has led to protests, and several people have been killed. As far as Conde is concerned, like Faure of Togo, only death or a military coup can remove him from power. Therefore, it is not surprising that he is at the forefront of discouraging military coups in West Africa.

A dictator in the making in the West African region is President Alassane Ouattara of the Ivory Coast. There is chaos brewing in the Ivory Coast because the sitting President Alassane Ouattara, who has already served two terms allowed by the constitution, is insisting that he would seek re-election in October 2020. Ironically, the Ivory Coast was thrown into a brief civil war when Ouattara’s predecessor refused to relinquish the presidency for Ouattara to be sworn in as the newly elected president.

That war claimed the lives of 3,000 Ivoirians. Now, 78-year-old Ouattara’s time as president is up, and he wants to hang onto power illegally. The 3,000 Ivoirians who died eight years ago to ensure democracy in their country died in vain.

As expected, President Alassane Ouattara’s bid for a third term in office has been rife with controversy. Opponents and legal experts point out that the Ivorian constitution limits the presidency to two terms. However, Ouattarra maintains that because the constitution was reformed in 2016, the term count should be re-set to zero. Like Faure and Conde, only death or a military coup may remove Ouattara from power.

So far, we have not heard any condemnation from other West African leaders, and certainly, they have not imposed any sanctions to compel Ouattara to do the right thing. We should not be surprised if the Ivorian military organizes a coup d’état to remove Ouattara. Should that happen, judging by the past, we should not be surprised if West African leaders impose sanctions on Ivoirians and the coup plotters.

Another country that ECOWAS has failed is Guinea Bissau. On 29 December 2019, the National Commission of Elections (the Electoral Commission) declared Umaro Sissoco Embalo as the winner of the elections. Mr. Domingos Simões Pereira (known as DSP) challenged the results at the Supreme Court. At the end of February 2020, after a tour of several African countries where he has a wellspring of supporters, Embalo organised his inauguration ceremony to mark his succession of José Mário Vaz.

Immediately afterwards, he moved into the presidential palace, paying no heed to the fact that the Supreme Court had not made a final ruling regarding the appeal filed by DSP. Thus, although neither the Supreme Court of Guinea-Bissau nor the parliament gave its approval for the official swearing-in ceremony, Sissoco Embaló organized an alternative swearing-in ceremony in a hotel in Bissau to announce himself as the legal president of Guinea-Bissau. Several politicians in Guinea-Bissau, including prime minister Aristides Gomes, have accused Sissoco Embaló of arranging a Coup d'état. Despite this controversial move, on April 22, 2020, ECOWAS recognized Umaro Sissoco Embalo as the president of Guinea Bissau.

It should be noted that the Supreme Court asked for a recount but the National Commission of Elections didn’t comply. ECOWAS published a statement that “In the face of the persistence of this blockage and after an in-depth analysis of the country’s political situation, the ECOWAS heads of state and government decided to recognise the victory of Mr. Umaro Sissoco Embalo.” Yes, ECOWAS declared a winner despite the fact that the case was at the Supreme Court. Obviously, this is courting trouble in Guinea Bissau.

There is a saying that when persuasion fails, force must be applied. I personally do not encourage coups but it appears under certain circumstances, for example when a president refuses to leave office after their term and where Parliament, the [Supreme] Court and civil society are either unwilling or unable to act in the public interest, then coups to remove them should be supported. In such a case, military intervention in West Africa could be equated to what John Lewis called “good trouble”.

There would not be military coups in the West African region if our leaders respect the democratic rights of the people. Anything short of that is courting trouble in the region. If ECOWAS wants to be respected, it should clean its house, it should insist on democracy in its member states. If ECOWAS wants to maintain its credibility then it should ensure that the leaders don’t impose themselves on the population.