“Leadership” A Precursor Of Employees Motivation And Job Performance 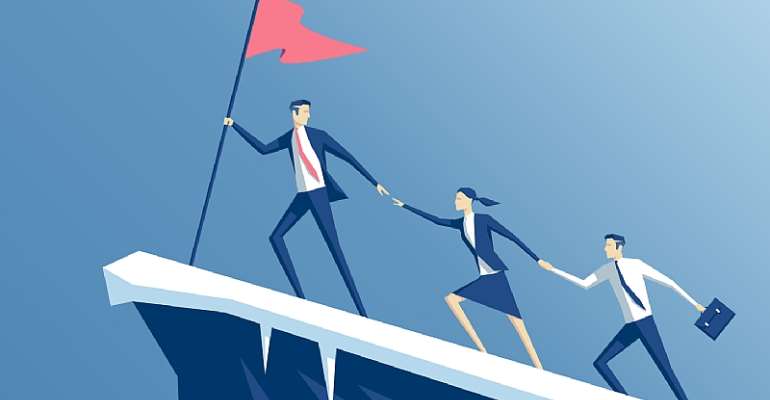 Studies have shown that leadership is required at all levels of establishment governance to ensure the achievement of corporate goals (Yon, Kim, Ko, & Park, 2016). It has been established that through leaders, major decisions of organizations are carried out and that, through leadership, managers affect employee’s behaviour in an organisation. Thus, according to Park (2016), the outcome of effective leadership is motivated, employees.

According to Rawung (2012), leadership has a significant impact to work motivation in the administration of employees on the corporate environment. In a university organisation, Ariyani (2011) also found that leadership has an impact on individual’s motivation.

According to Prasastono (2012), leadership plays a significant role in the hospitality industry. In the public and civil service for example, Widyanto and Sutarno (2011) also affirm that there is a relationship between leadership, work motivation and job performance.

Scholars in the educational sector have noted that leadership is very crucial in motivating teachers and that the educational system could collapse if teachers are not motivated to perform their duty effectively (Akafo & Boateng, 2015; Abugre, 2014).

Several studies (e.g.,Canary & McPhee 2011; Robbins & Judge, 2011; Abdalla, 2010) have demonstrated that effective leadership acts through empowering employees to engage them for improved work outcomes. Canary and McPhee (2011) have observed that at the basic level, leaders can have a substantial impact on an individual, group, and organisational outcomes.

Similarly, a study by Leong and Fischer (2010) has indicated that motivation is thought to be a primary mechanism through which leaders exert their influence. Faeth (2010) argues that if leaders want to improve performance, the motivation of their followers (employees) should equally be enhanced.

Lussier (2013) have found that motivated workers are more dedicated to their organisation and as a result, increased productivity. The quality of a manager’s relationship with an employee is the most powerful element of employee motivation (Anderson & Adams, 2015; Weiner, 2012).

According to them, a relationship creates a professional, positive, and respectful attitude and employees are more likely to adopt a similar approach with their peers and enjoy work. It has been noted that the management and leadership styles adopted by a business and its management will have a determining effect on the motivation level, the morale, and the job satisfaction of the employees (Manzoor, 2012).