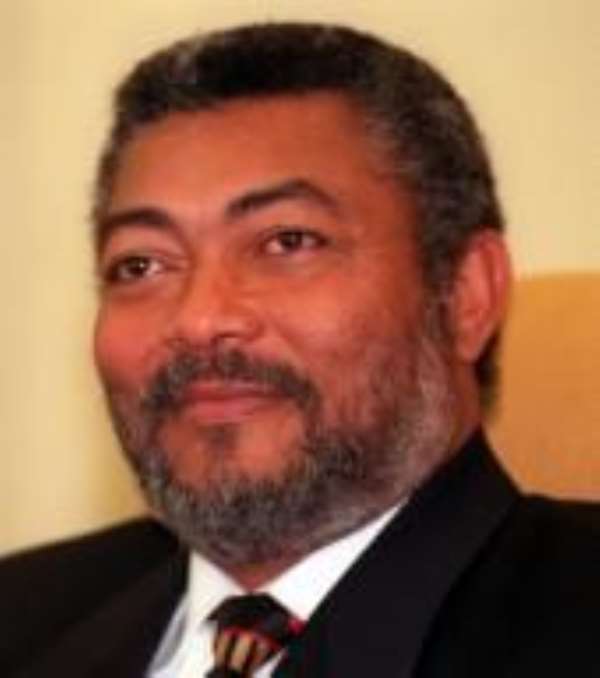 A summons, compelling former President Jerry Rawlings to appear in US court, is generating lots of controversy. The directive reportedly was issued by a U.S court in Chicago, Illinois, and is said to order the former president to explain his role in the 1979 execution of former military leader, General Ignatius Kutu Acheampong. Rawlings' office has acknowledged receiving the summons, but says it has doubts about the letter's authenticity.

Ghanaian sources say independent checks have established that the subpoena is a fake document, deliberately concocted to spite the former president.

Victor Smith is a Rawlings special aide. He spoke with VOA English to Africa reporter Peter Clottey about the reported summons.

“A fictitious document purporting to come from the Cook County court in Chicago has been published or made public by a private newspaper here (in Ghana), the Daily Guide, seeking to tarnish the image of the former president by informing the public that he has been subpoenaed to appear before a court in Chicago. A document has been published by the paper, and I have received one in the office very recently. I sent that document by email to Chicago for it to be verified. So far the information I'm getting from the Chief State Attorney in the Cook County court is that it's a fake document. The signatures is not that of the Clerk of the court; the seal is questionable. So we are waiting for the Cook County court to issue a statement to declare the said document as not authentic. And then we would also want to look at it and see what action we can bring against whomever is involved in this criminal activity,” Smith said.

Smith says the former President Rawlings has not paid much attention to the summons and the ensuing publicity it has generated in the country.

“He was in Accra when the story first broke, and he traveled but he rubbished it. But of course he knows that I don't let such things rest, I need to get to the bottom of it. I'm sure he has been following events while he's traveling and its really coming to a peak at this time,” he noted.

Smith blames the buzz surrounding the subpoena as the work of the Kufuor-led government to divert attention from problems like an illegal drug scandal they are grappling with.

“We believe the intention of this government, this funny government we have in place here, is to create a diversion from the current problem that they have on their neck, this cocaine saga. That has made this third world country, a cocaine destination, where they've made the environment such that people can move shiploads of cocaine into our country to destroy the future generation of our country and our country's development. And these are all things happening under this Kufour government. Instead of paying attention to the problem and dealing with it, they are looking for diversions in the minds of the good people of Ghana,” he said.

Smith explains the action the former president's office will take when it is determined that the document is not genuine.

“We will go to the media commission, I believe that is what I want to do, but I will be talking to the legal team of the former president, and we will see what action to take legally. Initially, I will want to go to the media commission and demand that they investigate this matter because it's a very serious matter. Its not only damaging the image of the former president but it is putting this country into disrepute,” he noted.

Victor Smith is urging Ghana's embassy in Washington to help unmask those behind what he claims is a diabolical plan calculated to tarnish the well-earned reputation of the former president.