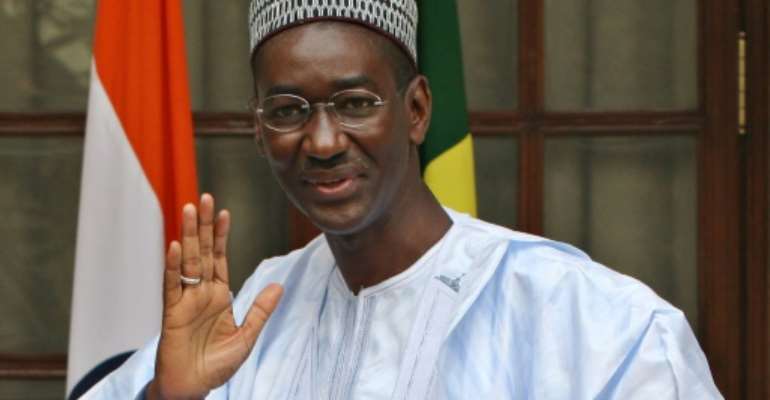 Moctar Ouane, pictured in January 2009, has been appointed as Mali's new prime minister. By RAVEENDRAN (AFP/File)

The appeal came in a report submitted to the Security Council.

"The peace agreement remains the relevant framework for the urgently needed institutional reforms, and its implementation must remain a priority," the UN chief said in the document, which has not yet been made public but was obtained by AFP.

The peace deal, signed under the country's previous president Ibrahim Boubacar Keita, was meant to disarm rebel groups and integrate them into the national army, but its implementation has dragged on for years despite international pressure.

"There is no viable alternative. I call on the transitional authorities to take ownership of the agreement," Guterres added.

"The political vacuum is of great concern, as it may further delay the implementation of the peace agreement, and the reform agenda, which had already slowed down significantly in previous months," Guterres said.

The appointment of a civilian premier opens the way for the country's neighbors to lift sanctions imposed after the August military coup.

COVID-19: Ashanti Region records 783 cases in one week
23 minutes ago