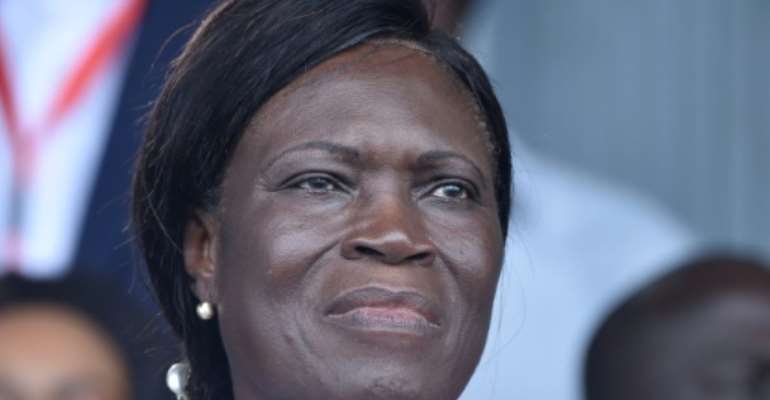 Ivory Coast's former first lady Simone Gbagbo accused the French army of not having protected her from an alleged rape attempt during her 2011 arrest, in an interview broadcast Wednesday on France 24.

She also called for a postponement of October 31 elections in Ivory Coast that have seen tensions run high, with President Alassane Ouattara standing for a third term in what opponents claim is an unconstitutional move.

"I saw them with my own eyes! They were filming," Gbagbo, 71, told the French international news channel of the French soldiers.

She was responding to a question on a claim she made in 2016 that she was the victim of a "rape attempt" when she was arrested in April 2011 along with her husband Laurent Gbagbo, who had refused to cede power to Ouattara following his electoral defeat.

The couple were detained by forces loyal to Ouattara during a French-backed military operation after five months of post-election fighting that claimed at least 3,000 lives.

Footage of the arrest of Ivory Coast's power couple went round the world in 2011.

In it, Simone Gbagbo, considered the power behind the throne during her husband's regime, is seen being pushed around by soldiers.

The former first lady went on trial in Ivory Coast and was jailed, but later amnestied by Ouattara along with some 800 people in the name of national reconciliation.

In the interview, Gbagbo said she thought the elections next month would not take place, stressing that the opposition is against Ouattara standing for re-election as the constitution sets a two-term limit.

Ouattara, 78, and his supporters argue that a 2016 constitutional change reset the clock on his time in office, and that his candidacy is therefore legitimate.

"There won't be any elections, people have already taken to the streets. We're already experiencing violence," she said.

In August, around 15 people were killed in unrest after Ouattara announced he was standing for re-election.