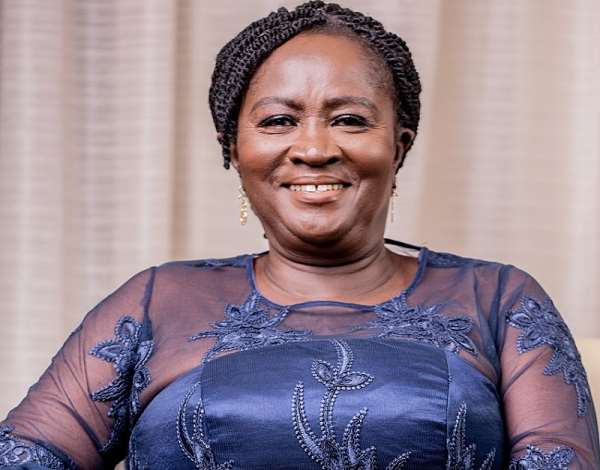 The Paramount Queenmother of Anomabo Tradional Area in the Central Region has urged all women across the country to assist in ensuring that Professor Naana Jane Opoku-Agyemang, Running Mate for the National Democratic Congress (NDC), becomes the next Vice President of Ghana.

Nana Mbroba Dabo I, reminded the female fraternity that having their representative at the highest level of decision making would ensure effective protection and development of their welfare.

"It is said that women are their own enemies, but let us prove that perception wrong," she said.

The Queenmother made the call when Prof Opoku-Agyemang paid a courtesy visit on the Anomabo Traditional Council today as part of her campaign tour of the region. According to Nana Dabo, Prof Opoku-Agyemang is not just a woman but a highly qualified and distinguished personality whose position as Vice President would be an immense honour to the female fratenity in Ghana and beyond.

"We need to support our own to the top," she said, and encouraged all queenmothers to support the call for action. “We have to put our political affiliations aside and do what is right," she added. She prayed for God's blessings for her victory, and expressed confidence in her ability to promote the interests of women when she becomes Vice President.

Nana Owiansah V, Guantuahene of Anomabo who spoke on behalf of the Paramount Chief of the Area, also declared the Council's support of the NDC, describing the the NDC's performance record in their area as impressive.

He cited a number of projects such as the Fisheries College, police station and hospital that were started by the previous NDC administration, but were abandoned by the present government, as some of the indicators they would use to assist the party to return to power.

"We shall surely remember President Mahama and the NDC on December 7 for their good work. We shall also be in the Flagstaff House next year by this time to thank him for all the support advanced to our Council and the people of Anomabo," he said.

Prof. Opoku-Agyemang, for her part, expressed appreciation to the Council for the support, and called for more wise counsel from the chiefs. She assured the Council of the NDC's commitment to complete all projects it started in the area, and do more for the benefit of the people, indicating that the NDC does not engage in marginalization in the distribution of national resources.

After the meeting with the Council, the Running Mate interacted with the fishermen and fishmongers at the Anomabo landing site where she assured them of better incentives for their fishing business when the NDC returns to power.