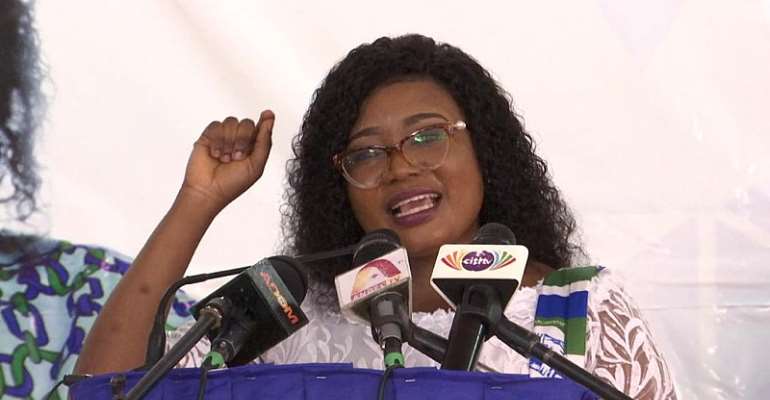 An independent parliamentary candidate in the Tarkwa-Nsuaem constituency, Joy Joyceline Andoh has promised to set up a 'Work and Pay Taxi Scheme' to assist cabbie drivers and the youth in the area seeking to make a living, if he wins the seat.

The NPP faithful, who went independent following her disqualification by the party to contest the incumbent MP, George Mireku Duker, said this at the launch of her manifesto at Tarkwa where she also outlined other initiatives for traders.

“I will set up a Work-and-Pay Taxi Scheme to assist taxi drivers who do not own their own vehicles as well as the youth who are willing and desirous of making a living out of driving. I will also set up a unit dedicated to facilitating the acquisition of small scale mining licenses from the Minerals Commission for and on behalf of the youth engaged in small scale mining without a license or who intend embarking on such activity.”

She added that, her main concern is to respond to the cries of the people for good roads and infrastructure, decent jobs for the youth, and provide support for the ones who need it as she has realized their cries have fallen on deaf ears.

Joy Andoh stated that she would Institute small loans and credit schemes which will give small loans to the economically active poor in the various communities in the constituency.

Joy Joyceline Ando added that the people of Tarkwa-Nsuaem deserve much more support but have not had good representation in Parliament hence her motivation to contest in the December polls.

“Tarkwa-Nsuaem is very rich in both human and natural resources. The constituency is the leading producer of gold and manganese in Ghana. Regretfully, our state of development as a people is not commensurate with our rich natural and human resources. The missing link obviously is leadership particularly at the parliamentary level to voice out, advocate, and draw the attention of the government to developmental challenges confronting the people. The loud silence and ineptitude of our Member of Parliament in respect of our numerous challenges as a constituency breaks my heart and is my motivation for contesting for the office of the member of parliament. The people of Tarkwa-Nsuaem deserve so much more, that's why I'm in the race.“

The Tarkwa-Nsuaem constituency contest has recently attracted controversy following a fight that broke out between the incumbent MP, George Mireku Duker, and the NPP Western Regional Secretary and Presidential Staffer, Charles Bissue over allegations of some executives supporting the independent candidate.