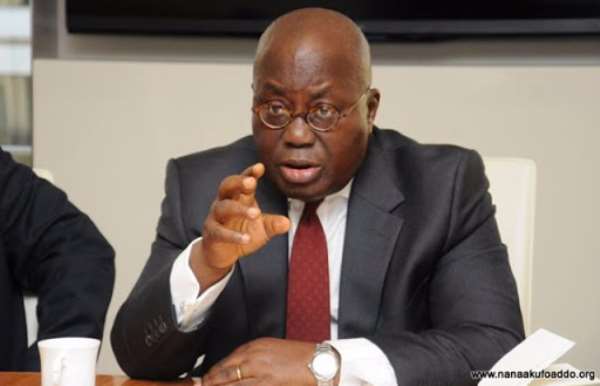 The loud silence of President Akufo Addo on happenings in parts of the Volta region is alarming, the National Democratic Congress (NDC) has expressed.

Secessionist group claiming independence in the region resurfaced September this year, and blocked entry and exits points of the region, ransacked two police stations in Mepe and Aveyime, and made away with weapons and ammunition.

One life has been lost and three injured in the process while staff of the State Transport Company (STC) were beaten and some buses burnt to ashes on Monday dawn this week.

However, President Akufo Addo is yet to condemn the act.

This, the NDC in a statement signed by the National Chairman, Samuel Ofosu Ampofo is alarmed by the stoning silence of the president.

He stated, "The NDC is alarmed by the significant deterioration of the National Security situation despite earlier threats and clear warning signals. The reported attacks on the sovereignty of Ghana as occurred on the 25th and 29th of September 2020 are a clear indication of the failure of the Government under President Nana Akufo Ado and the National Security Council which he Chairs."

"While property has been destroyed and lives lost, the people of Ghana are yet to hear a comment by the President condemning these acts of treason and lawlessness, let alone consoling the victims, and taking urgent action as appropriate to restore law and order. This is what Ghanaians expect from their President who incidentally is the chairman of ECOWAS."

According to the statement, the event appears to be a calculated and deliberate effort to suppress votes in the 'strongholds of the NDC, in view of an already heavy security deployment in the region during the recent voter registration exercise.

"We do not want to believe that the inaction of the President and National Security Council is deliberate and calculated at achieving a sinister political motive including the suppressing of votes in NDC strongholds. There is already sufficient apprehension caused by these events that suggest complicity of officialdom to cause fear and human insecurity in that part of the country as a justification for an intimidating security presence the type of which was witnessed during the voter registration exercise only a few months ago," he said.

He continued, "This sequence of events cumulatively constitute a threat to national peace, unity, territorial integrity and the sovereignty of Ghana. The NDC calls for urgent action for the restoration of normalcy."

Whiles there's been reports on the erection of sign posts in some locations of the Eastern and Volta Regions purportedly promoting secession of some sections of the Eastern territories of the Republic of Ghana, the Chairman for the party said "The NDC is closely monitoring the security situation along the Eastern corridor and the country as a whole, and that "call on all Ghanaians to rally together to preserve national unity, peace and stability particularly at this time of the final preparations towards the 2020 Presidential and Parliamentary elections."