The rise and fall of Super Rugby, in six stages 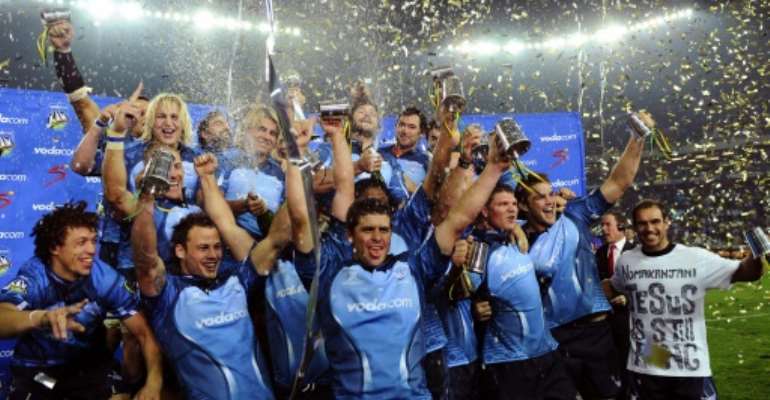 South Africa's Bulls won the then Super 14 title in 2010. By GIANLUIGI GUERCIA (AFP)

South Africa's decision to pull its teams out of Super Rugby and head north to the PRO14 effectively brought the competition to a close after 25 years.

AFP looks at the journey of a tournament that was the breeding ground of the New Zealand, South Africa and Australia sides that have won five of the past six World Cups.

In 1996, a year after rugby turned professional, South Africa, New Zealand and Australia (SANZAR) launched the inaugural Super 12 season with much fanfare, packed stadiums and lucrative contracts to keep players from the clutches of rival codes.

It was an uncomplicated system, and the first season culminated with the Auckland Blues defeating the Sharks of South Africa in the final.

In 2011, the simple round-robin format was replaced by a complicated conference system and although it proved frustrating for the die-hard fans, as weaker teams could more easily reach the final stages, it took nine years before an agreement was reached to end it.

Staging a multinational tournament stretching from South Africa to New Zealand became unwieldy and problems arose with the decision to expand.

By 2016 SANZAR had become SANZAAR with the failed experiment to include teams from Japan and Argentina in an 18-team competition. Matches were spread across 16 time zones in three conferences.

Throughout its 25-year history, Super Rugby bosses turned a deaf ear to public calls to include the flair of a Pacific islands team, after Fiji and Western Samoa had featured in the Super Six and Super 10 competitions of the amateur era.

Extra South African and Australian sides were added in 2006 and another Australian club joined in 2011, giving each of the three foundation countries five clubs each.

A push for a predominantly Pacific team to join Super 18 in 2016 was rejected in favour of Japan and Argentina.

With a cumbersome 18 teams in three conferences and some lop-sided scorelines, crowds began to dwindle.

South Africa's Golden Lions entered the 2017 play-offs despite having not faced a New Zealand team and when it came to the crunch they lost the final at home to the Canterbury Crusaders.

Another rethink saw two South African and one Australian side cut in 2018, before Japan's Sunwolves were kicked out in 2020. The widely criticised conference system was to be scrapped for 2021.

But the constant tinkering had done its damage and when the coronavirus pandemic made international play impossible the founding countries looked for a system that suited them best.

With New Zealand and Australia discussing a trans-Tasman competition, South Africa decided their future lies in the northern hemisphere.