CITEG Ghana On Western Togoland: "Why Not Give Them Their Freedom" 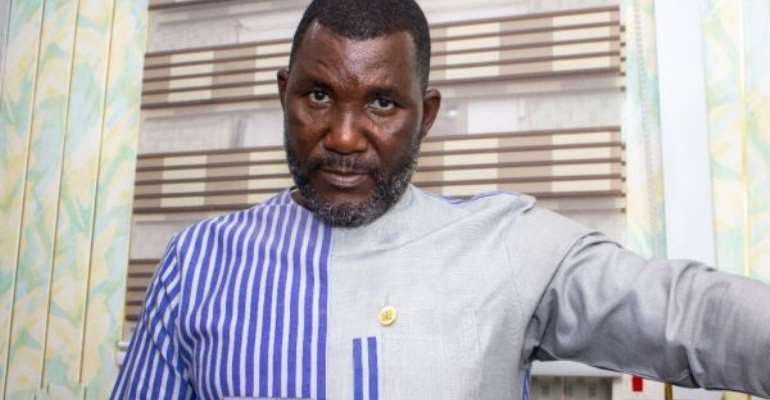 Non-Governmental Organization ‘Citizen Eye Ghana’ (CITEG) is urging the government if necessary to allow the Western Togoland their ‘freedom’ as a country.

The CEO of the group, Mr. Alex Kweku Tetteh explains that their separation from Ghana will compel President Nana Addo Dankwa Akufo-Addo to “layoff all Voltarians” occupying state office.

“President Nana Addo should accept their separation so Ghana can treat all Voltarians in Ghana as real foreigners. All Voltarians occupying government positions must be forced to resign as well. This will end their rubbish and that will also affect the NDC,” he said in an interview with Peacefmonline.com.

The Volta Region on Friday, September 25, 2020, was thrown into a state of chaos as members of a secessionist group, seeking the independence of the area to become the Western Togoland, staged spontaneous attacks in various parts of the region.

The attacks included blocking major entry points to the region as well as attacks on the Aveyime and Mepe police stations all in the North Tongu District.

“We are seeking independence of our great motherland,” one of the separatists told journalists after they also blocked roads in Juapong.

The Western Togoland region is predominately wedged between Lake Volta and the Ghana-Togo border. Currently, a number of splinter groups are demanding the area be recognized as a sovereign state.

In a press release, the chairman of the Western Togoland, Togbe Yesu Kwabla Edudzi I, declared that efforts for consolidating statehood, which began on 1 September 2020, were being put into practice.

The press release also claimed, "roadblocks to assert its sovereignty are all over the Southern sector."

The movement says it wants to force the Ghanaian government to join the United Nations (UN) facilitated negotiations aiming to declare Western Togoland an independent state.