Sloppy Pliskova recovers to advance to second round at French Open 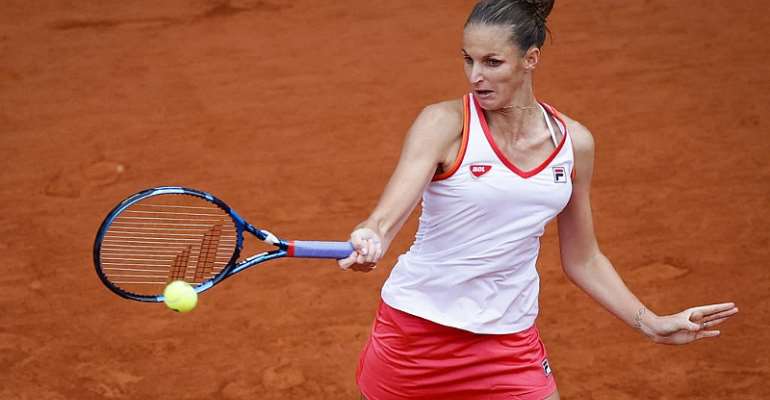 Second seed Karolina Pliskova pushed aside a horror opening set to defeat the unseeded Egyptian Mayar Sherif in three sets on Tuesday at the French Open.

Pliskova botched eight set points before going down in the tiebreak.

The world number three regained her poise to take the second set 6-2. But Sherif, the first Egyptian woman to play in the main draw of a Grand Slam tournament, dug in to increase the tension in the decider.

The 24-year-old world number 172 eventually cracked when serving to take a 4-3 lead. Pliskova quickly confirmed her break of serve and held on to edge the decider 6-4.

“It was super tough after missing all those set points,” Pliskova told the post-match interviewer Marion Bartoli.

Open roof
For the first time in three days of competition play on Court Philioppe Chatrier got underway with the roof open.

That decision looked foolhardy as both players lost their footing in a struggle to play through a shower.

"I went onto a higher level in the second and third sets in difficult conditions," added Pliskova. “I hope I can feel better in the next match.”

The 28-year Czech will face the 2017 champion Jelena Ostapenko. In typical style, the Latvian blitzed her way past Madison Brengle 6-2, 6-1 in just over an hour to register her first win at the French Open since she claimed the title.

In the men's draw, seventh seed Matteo Berrettini moved into the second round following an impressive 6-3, 6-1, 6-3 canter past the unseeded Canadian Vasek Pospisil.