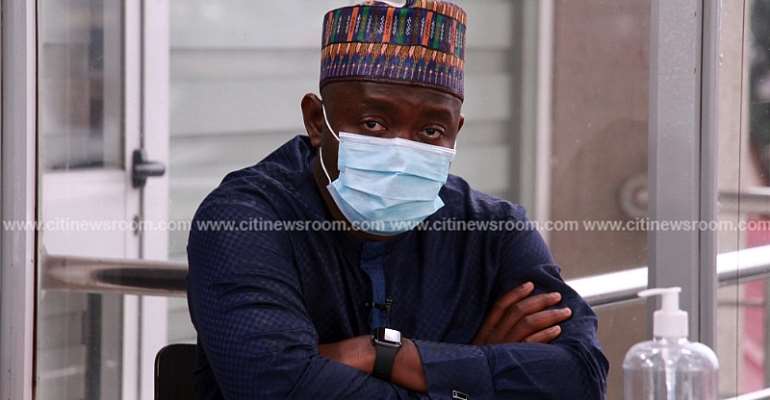 The Member of Parliament for Tamale North in the Northern Region, Alhassan Suhuyini has called on President Akufo-Addo to address Ghanaians on the threats posed by some secessionist groups in the Volta Region.

According to him, President Akufo-Addo cannot act as if he is unaware of the threat in question.

Speaking on Citi TV‘s Breakfast Daily on Tuesday, September 29, 2020, Mr. Suhuyini said President Akufo-Addo must attach the same seriousness he attached to the COVID-19 pandemic to the threat posed by the hoodlums.

He added that the ministers responsible for Ghana’s security must also answer some questions to Ghanaians as to why this is happening.

“I think the government is not doing enough. The ministers responsible for our security must answer some questions on why they allowed this to happen. I think this insecurity has the tendency to destabilize this country. I think the President, the Commander-In-Chief of the Ghana Armed Forces, and also the Chairman for ECOWAS expected to address the issues in Mali and other countries. He cannot pretend as if he is unaware of what is happening in his own backyard. He needs to speak to us the people just as he took COVID-19 seriously.”

“He must speak to us about what is happening in the Volta Region. He may not give us the details, but he needs to give us the assurance we need instead of allowing the speculations, the conspiracy theories to go on,” Suhuyini insisted. Recent disturbances by the group

Members of the secessionist group, Homeland Study Foundation on Monday, September 29, 2020, attacked the State Transport Corporation (STC) in the Volta Regional capital, Ho, and set ablaze one of its buses.

The members also on Friday, September 25, 2020, blocked major entries into the Volta Region.

The action is said to have taken place at dawn, leaving travellers to and from the Volta Region, particularly areas such as Tefle, Tsopoli and Juapong stranded.

One person was later reported dead while security officials were firing guns to try and restore order to the area.

Meanwhile, the police have given assurances that they are in control of the situation and will do their best to arrest the rest of the perpetrators of the crime to ensure that they face the law.

31 people arrested in connection with the incident have since been charged and currently being held in custody.