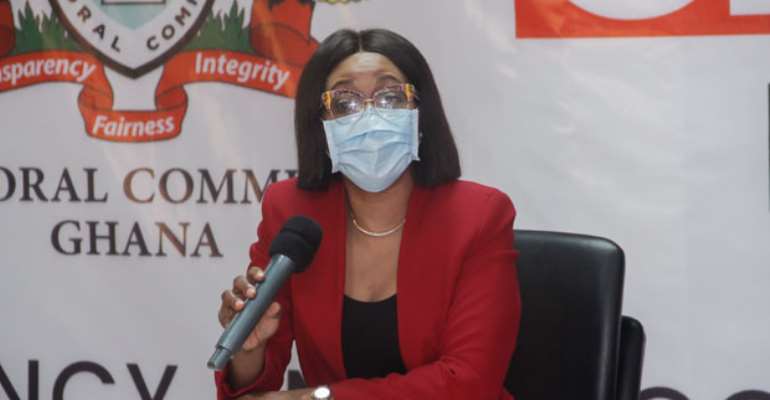 The exhibition exercise by the Electoral Commission (EC) added 44,420 new voters to the provisional voter population of 16,663,669.

The additional figures were captured from registered voters in some second cycle institutions whose data got to the EC late, figures from some prisons and those from far-reaching communities surrounded by water bodies.

The Chairperson of the EC, Jean Mensa, who made this known at a press conference yesterday, said the new voter population figure shows how fluctuating provisional figures in a registration exercise could be, stressing that the EC, which wants to make every step of the electoral process very transparent, is very much committed to conducting free, fair and transparent elections and that there is no way the electoral body could compromise the will of the people.

The EC chairperson also indicated that almost all missing names of prospective voters in the provisional voter register during the exhibition exercise had been restored.

She said the situation was not concentrated in some specific constituencies as is being suggested by some critics of the EC, but it was a nationwide problem in many constituencies across the country.

“We have been able to restore all those names leaving a deficit of 7,515 which represents about 0.0004% of the provisional voter population,” she said, adding that by the end of all the processes leading to the final register, the remaining deficit would also be captured.

According to her, these unfortunate mishaps occurred as a result of some human and administrative errors which are inevitable with the work of any human institution, indicating that the transportation and transmission of the data from the registration centres onto the central data base at the EC's headquarters caused those problems.

She said the EC would never think of disenfranchising any eligible voter because that is a constitutional right which is sacrosanct.

We must tackle poverty as national security threat – Parliam...
47 minutes ago