‘Mahama Chopped All The Meat And Left Us With Bones’ – Bawumia 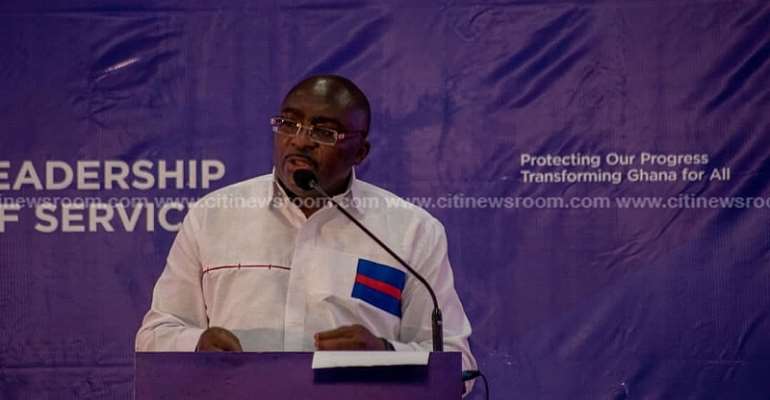 Dr. Bawumia says the former President has a track record of mismanaging the Ghanaian economy when he was President.

Speaking at the inauguration of 'Aspirants Unite for Nana’, a group of defeated Parliamentary Aspirants in the New Patriotic Party's primaries, Dr. Bawumia said Mr. Mahama has no credibility.

He added that the “incompetence” of Mr. Mahama is a known fact.

“John Mahama managed our (Ghana) economy with incompetence. He was very incompetent at managing the economy and it is a fact. They chopped all the meat and left us with bones. He has also proven not to have credibility. He’s a man of no credibility and no vision.”