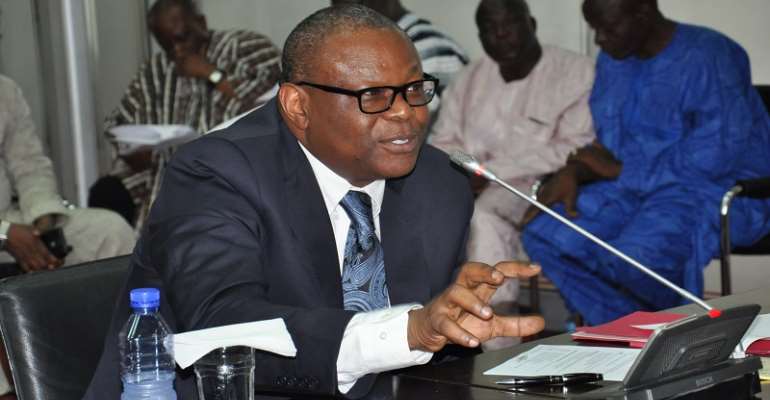 Mr Emmanuel Bombande, a Senior UN Mediation Advisor has said the nation must acknowledge the threat of the Western Togoland separatist movement and begin to tackle the onslaught of the group frontally.

According to him, the actions by the separatists are a symbolic affront to Ghana’s sovereignty urging the national security to scale-up its response mechanisms before the situation escalates.

“We must elevate our response capacity. Let’s take this threat seriously now than we’ve done in the past…their actions are more than rioting and we must treat it as a threat,” he said on GH Debate on GHOne TV, Tuesday.

His comment comes on the back of the attack launched by the group against the State Transport Corporation (STC) in the Volta regional capital, Ho.

In this latest attack allegedly carried out by the group which follows an earlier attack on some state institutions and police stations including the mounting of roadblocks on Friday 25th September, 2020, some drivers in the yard were beaten while two vehicles belonging to the company were set ablaze.

The vehicles including a 14-seater bus with registration number, GG-4054-19 was burnt totally while the second one GG-1737-19 had parts of it burnt.

The incident was said to have happened around 2:30am on Tuesday.

Commenting on the fallout from the development, Mr Bombande said this appears to be a sophisticated and well-coordinated group that the country must not take for granted.

He added that all their activities point to the fact that they’re hell-bent on taking over that space of the country.

He said Ghana must begin to change the narrative now before the international community gets hold of the development to tell a different story that may not inure to the benefit of the country.