Ethiopian Airlines rides out pandemic on strength of cargo boom 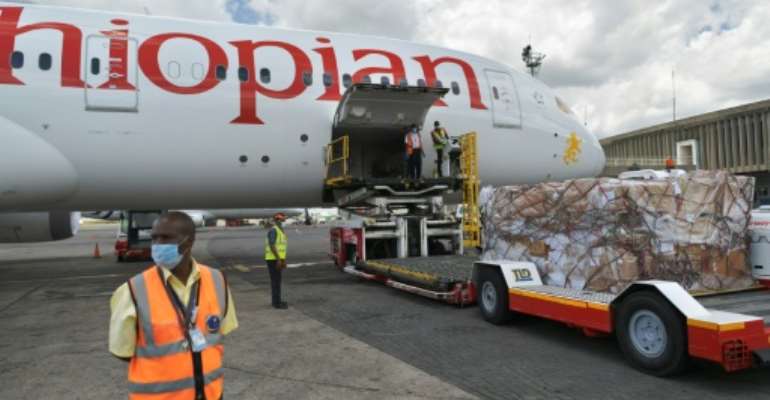 Ethiopian Airlines has lost more than $1 billion in revenue during the coronavirus pandemic but has so far managed to avoid seeking a bailout or laying off any full-time employees, CEO Tewolde Gebremariam said in an interview with AFP.

It even recorded a profit of $44 million for the first half of the year, he said, though the company declined to give details because the figures are unaudited.

Ethiopian, a state-owned firm that is the jewel of the national economy, resorted to unorthodox tactics to get in on the pandemic-related cargo boom.

In addition to stripping out seats from 25 passenger planes, it enlisted 20 more whose seats remained intact, securing the cargo with safety belts.

To date it has operated 360 cargo charters of personal protective equipment to more than 80 countries.

"We were very quick, very fast, flexible and agile to move our forces, resources and everything to cargo," Tewolde said.

"I would say that those actions have saved the airline."

The slow rebound in passenger traffic -- total flights are at half of 2019 levels -- means Ethiopian remains in "survival mode", Tewolde said.

Yet it is simultaneously looking to deepen ties with other airlines on the continent.

"It is... an opportune time now to support other airlines because we are in a better position," he said.

Ethiopian already partners with Malawian Airlines and ASKY Airlines based in Togo.

It also holds a 45-percent stake in Zambia Airways which Tewolde said he expected would launch "either in October or November".

It is currently in talks over the restructuring of South African Airways (SAA), which has survived for years only on state bailouts.

In July SAA's creditors approved a rescue plan that would replace it with a new and competitive carrier.

Tewolde said Ethiopian had made clear to South African officials that it was "not interested in equity" or in helping SAA manage its debt.

"We told them that we can give them management expertise, technical expertise, fleet and we can work on a commercial collaboration to restart South African Airways together," he said.

"We are interested only in the restart of the new airline at the beginning of next year."